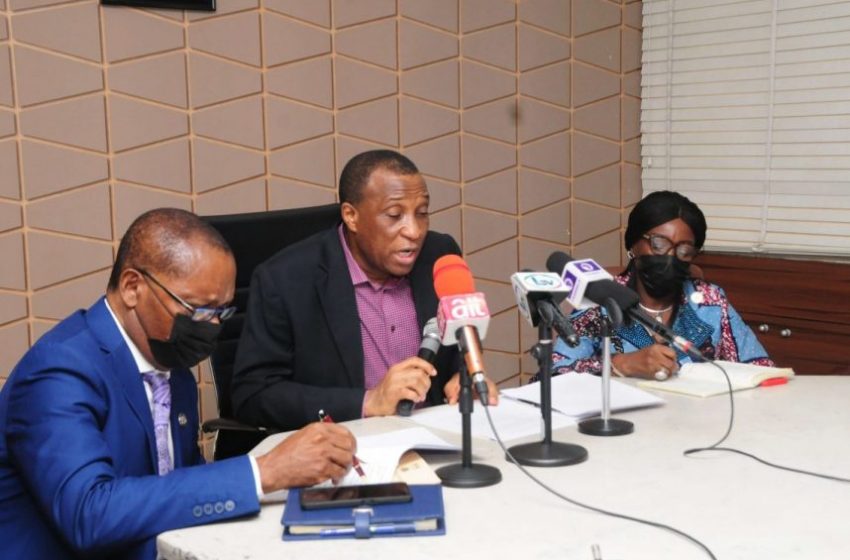 … To Intensify Dredging, Cleaning of Canals Across the State

The Lagos State Government, on Wednesday, informed residents that normal rainfall ranging between 238-261 days will be experienced this year, assuring that adequate measures are already in place to contain any eventuality.

The State Commissioner for the Environment and Water Resources, Mr. Tunji Bello, who stated this during a press briefing on the Year 2021 Seasonal Climate Predictions (SCP) at Alausa, added that the maximum Annual Rainfall for the Y2021 is predicted to be 1,747 mm.

While maintaining that the State government is set to ensure a flood-free and hygienic environment during the season, he noted that the present administration is collaborating with the Nigerian Meteorological Agency (NiMET) not only in the areas of Annual Seasonal Climate Prediction but also in downscaling the predictions to all stakeholders.

He averred that the State has concluded preparations to have its own network of weather stations to closely monitor the climate as well as increase the preparedness for weather-related issues.

Bello said the Seasonal Climate Prediction for Lagos State indicated onset dates that ranged from March 17th to April 6th, while the end of season is predicted for between 30th November and 5th December, 2021.

He restated that the Emergency Flood Abatement Gangs (EFAG) of the Ministry have been consistently de-silting and working on various linkages to the secondary and primary channels to enable them discharge efficiently and act as retention basins.

The Commissioner noted that to forestall incidents of collapsed telecommunication masts occasioned by high-velocity wind expected during the onset and cessation of every rainfall, Lagos State Signage and Advertisement Agency (LASAA) has been put on alert to ensure advertising and communication agencies comply with regulations on the safety of billboards.

While informing that all emergency agencies, traffic management agencies and other emergency-related outfits have also been put on the alert to assist in reducing the negative impact of thunderstorm associated with rainfall across the State, Bello disclosed that the government is determined to maintain the long-established synergy and partnership with Ogun-Oshun River Basin Authority, which has ensured control and monitoring of the steady and systemic release of water from Oyan Dam to prevent flooding the downstream reaches.

Bello emphasised that the government would ramp up enlightenment and advocacy efforts to sensitise and advise communities in coastal and low-lying wetland areas of the State to move upland when the need arises, in order to avert needless loss of lives and property.

He, therefore, enjoined journalists to partner with the State government in sensitising Lagosians who reside along flood plains of major rivers and drainage channels such as Owode, Iwaya, Makoko, Badia, Ijora, Isaalu, Pota and Shibiri among others, to always be on the alert and ready to move to higher grounds when the need arises, adding that they would be duly notified at the appropriate time.

Reiterating that the government would continue to serve abatement notices on owners of illegal structures, violators of building regulations on drainage alignments, tenements and institutions discharging solid waste in water bodies, the Commissioner, however, called on market men and women to follow the rules guiding waste disposal and cleanliness in their market space as any market found flouting this law will be shut.

In his contribution, the Special Adviser to the Governor on Drainage Services and Water Resources, Engr. Joe Igbokwe, remarked that the State government plans to dredge about 221 collector drains, 32 primary channels measuring about 72 km spread across the 20 Local Government Areas of the State to checkmate flooding.

While maintaining that the Emergency Flood Abatement Gangs (EFAG) would also be de-silting various tertiary channels and manholes measuring about 100 km across the State, Igbokwe reiterated the present administration’s resolve to find a lasting solution to flooding by building concrete drainage covers, just as the dredging of canals, which commenced in March, will round up in October.

He called on residents to support the present administration in its endeavour to achieve a flood-free Lagos and desist from dumping refuse in drainage channels or encroaching on the Rights of Way of canals, adding that it is regrettable that several of the canals recently cleaned up are again being littered by residents.

Igbokwe disclosed that every area in Lagos State will soon feel the presence of the government in terms of drainage construction and clearing, stressing that the wheels of development will eventually get to every part of the city.