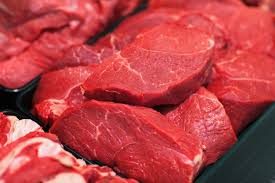 Lagos State Commissioner for Agriculture, Ms. Abisola Olusanya, has said that the present administration is set to host a Stakeholders’ Engagement on the Red Meat Value Chain in furtherance of its reforms and sanitisation of the value chain.

Olusanya, who made this known over the weekend, explained that the Stakeholders’ Engagement will hold on Wednesday, 3rd, March 2021, at the Adeyemi-Bero Auditorium, Secretariat, Alausa, Ikeja.

She stressed that the engagement becomes imperative to sensitise stakeholders on the accepted best practices in the production of wholesome meat for consumption to ensure the success of the reforms in the value chain.

“This is why the State is hosting the Red Meat Value Chain Stakeholders’ Engagement on Wednesday, 3rd March 2021, at the Adeyemi-Bero Auditorium, Secretariat, Alausa, Ikeja, where we can discuss with our stakeholders how to successfully carry out this reform in the sector”, she stated.

Olusanya asserted that the reform of the value chain is centred on the production of wholesome meat right from the slaughtering stage until it gets to the plate with good economic returns to the producers and processors under a three-pronged strategy christened ATM which stands for Abattoir, Transportation and Market.

Stating that the strategy was to guarantee the safety and health of the populace by ensuring that only certified animals were slaughtered and wholesome beef made available to the citizenry in the market, the Commissioner assured that if stakeholders would follow through with the right process, it could boost international recognition of beef from the State thus opening up an export portal for foreign exchange.

“The export potential for beef is very huge and tapping into the multi-billion dollar market is very possible if stakeholders can take these reforms seriously. The change we desire in our red meat industry can be achieved through our collective efforts. The government has its part to play, so do the stakeholders and even the consumers; hence, all hands must be on deck to ensure the revamp of the sector”, Olusanya asserted.