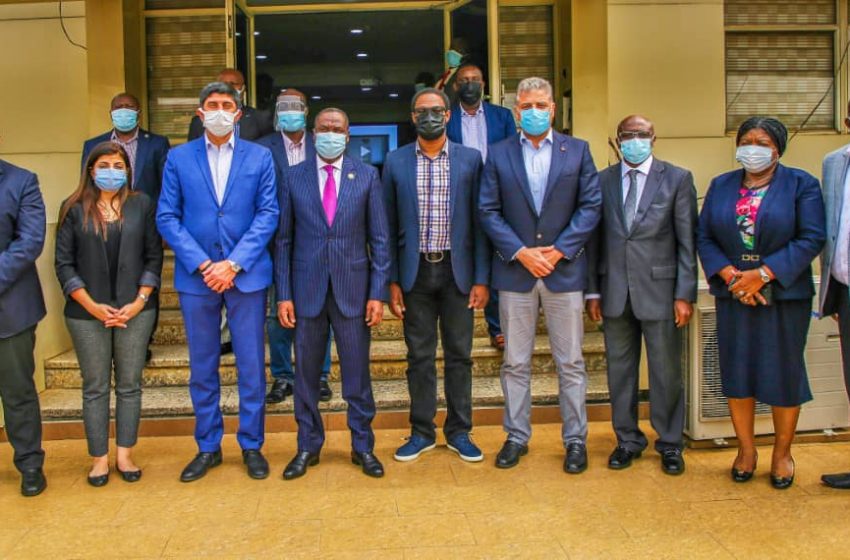 Determined to create jobs and a business-friendly environment, the Lagos State Government has assured that it will continue to provide support for the take-off and sustenance of enterprise in the State.

Lagos State Deputy Governor, Dr. Kadri Obafemi Hamzat, who stated this today while receiving Mr. Mohammed Atef, the Chief Commercial Officer and Group Vice President for Africa, Elsewedy Electric, during a courtesy visit to his office in Alausa-Ikeja, maintained that the State is open to engaging such businesses towards a successful preparation and commencement of its operations.

The Deputy Governor recalled an Executive Order issued by the State to patronize locally produced goods, saying that the decision was a strategy to ensure that Nigeria-based companies operate sustainably.

In his remarks, Mr. Mohammed Atef said, the visit was to seek the support and cooperation of the State government on expanding its investment and boosting job creation as the company is set to resume operations at its Badagry factory.

Atef stated that apart from producing transformers, the company will also produce prepaid meters for households, stressing that the company’s operation will push the employment of Nigerians in the organization from 150 to 350 with a significant transfer of technology by way of training.

While maintaining that the organisation will become fully operational by the end of February, the Chief Commercial Officer expressed interest in supporting the efforts of Governor Babajide Sanwo-Olu to develop Lagos.