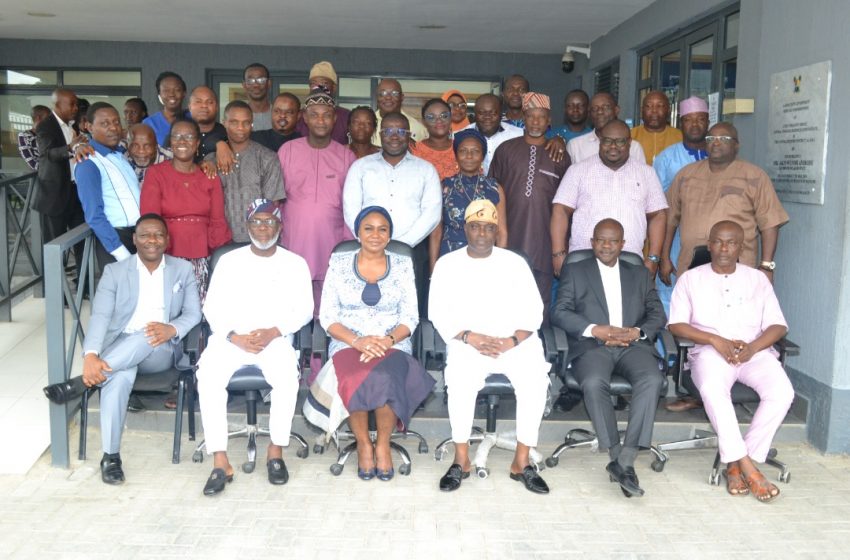 The Local Government Establishments, Training and Pensions Office (LGETPO) has organised a capacity training programme for Works Officers of the Engineering Departments in the State Unified Local Government Service.

Speaking at the programme held recently at DMO Resource Centre, Alausa, Ikeja, with the theme: “Strategic Alliance among Engineering Professionals”, the Chairman, Local Government Service Commission, Mr. Kamal Bayewu, said the capacity building was undertaken to refresh the mind of participants on the workings of the Local Government as well as best practices including collaboration in the engineering profession.

Bayewu noted that the training is to build up the officers’ capacity as well as better equip them for optimum service delivery, stating that they need to be abreast of the workings of the Local Governments.

“My usual saying is that if you don’t train them, don’t blame them, so whatever we are doing now is to enhance the capacity building of every member of our staff, especially the Head of Works Department, including the Engineers, Builders and Architects. We are preparing them for more responsibilities because any of the engineers can become the Council-Manager. So, we need to equip them so that they can compete with their peers at the National and State levels”, he noted.

The Chairman further stated that the training programme will be continuous and that it won’t be limited to the works department but other cadres in the commission will be trained as well.

He further advised the participants to optimally harness the opportunities inherent in the training programme and apply the various takeaways in the discharge of their various duties in the delivery of the T.H.E.M.E.S agenda of the State Government.

The Permanent Secretary, Local Government, Establishments, Training and Pensions Office, Mrs. Kikelomo Bolarinwa, said the training is very paramount as it is tailored to open the minds of the Engineers at the Local Governments to collaborate with other professionals in achieving the T.H.E.M.E.S Development Agenda.

She stated that the Office has identified vital skill gaps in some engineering departments in the various Local Governments and Local Council Development Areas, hence the need for the training.

“This training will help them to understand the principles behind the collaboration, and increase their collaborative skills which will help in delivering the mandate that the government has promised residents at the Local Governments and Local Council Development Areas”, she stated.

Bolarinwa, therefore, appealed to the participants to make effective use of the training programme by being receptive to new information and skill sets.

The participants at the event expressed gratitude to the State Government as well as the Local Government Establishments, Training and Pensions Office for organising the training programme as it opened their eyes to effective ways of collaborating for efficient service delivery and to further broaden their operational knowledge.