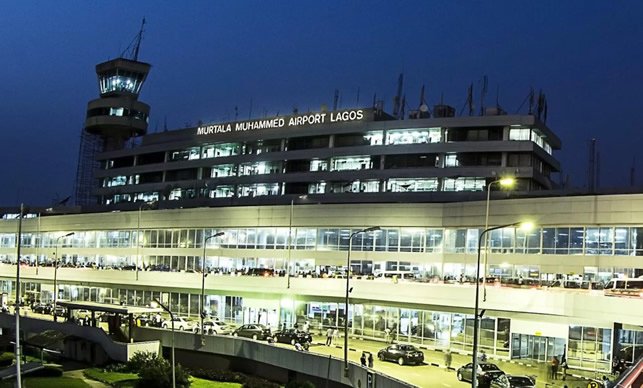 The Lagos State Building Control Agency (LASBCA) has denied the allegations of extortion levelled against its operatives by Mr. Stephen Okere, the spokesman of Business Owners at Murtala Muhammed International Airport (MMIA) as published in the News Express, an online platform on Monday, 19th July, 2021.

A statement signed by the General Manager of the Agency Arc. Gbolahan Oki, described the allegation as false, unfounded and fabricated, hence the need to set the records straight and correct the hatchet job by the publishers of News Express, which was targeted at tarnishing the image and good works of the Agency.

The General Manager said that for the avoidance of doubt, the Agency was created, through the State Regional Planning and Development Law of 2010, to ensure that basic minimum standards are maintained in Building Construction and Renovation to guarantee that existing and new building construction is safe, healthy, accessible and habitable for present and future generations.

He said the Agency’s district officers are mandated to monitor and regulate all construction activities including renovation, remodelling of distressed and dilapidated buildings to prevent loss of lives and property to prevent collapse and ensure that owners and developers build according to specifications.

Dismissing the allegations of harassment and extortion, Oki said the LASBCA officials on Monday, 19th of July, 2021, came across a commercial building in the process of being renovated while on routine monitoring, but rather than grant the officers access to the building, the occupiers harassed and prevented them from carrying out their lawful duties.

He noted that such allegations were not new, especially from the business owners along the Airport Road who, despite not have building permits, resort to the blackmail of government officers, stressing that they had promised to use the media against the Agency if they went ahead to seal up their premises for contravention.

The General Manager wondered how it was possible for the LASBCA officials to openly extort the occupants of the said premises in the full glare of the public since they could not gain entry into the building.

He, however, emphasised that despite the false allegations of extortion and harassment, the Agency would not lose focus of its objectives targeted at zero-tolerance for building collapse in Lagos State and ensuring that all owners and developers continue to abide by the building codes of the State.

The General Manager also used the opportunity to implore all aspiring owners/developers to obtain their Building / Renovation Permit from the Lagos State Physical Planning Permit Authority (LASPPPA) and contact LASBCA for authorisation to build before the commencement of any construction work. He also enjoined them to involve the Agency in every stage of their buildings and obtain a Certificate of completion and fitness for habitation after completion.

While maintaining that the State Government recognises the important role of all stakeholders in the journalism profession, Oki noted that the media outfit ought to have sought clarification from the Agency before publishing the story to ensure that they had a balanced report in line with the ethics of the profession.