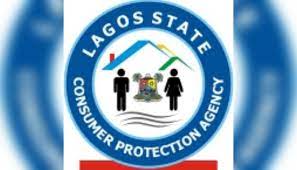 …Vows To Ensure Consumers Get Value For Money

As a way of ensuring that the rights of consumers are protected, the Lagos State Consumer Protection Agency (LASCOPA), has insisted that every consumer in the State must get value for money spent on products or services purchased, especially on consumables.

The General Manager of LASCOPA, Mr. Afolabi Solebo, made this known while featuring as a guest on Lagos Traffic Radio Pidgin Programme tagged “Lunch Time Waka”, as part of activities to commemorate the second year in office of the Governor Sanwo-Olu led administration.

He explained that the move aligns with the present administration’s T.H.E.M.E.S Agenda, adding that the Agency also has the mission of ensuring that the rights of consumers across the State, regardless of ethnic diversity, are well protected.

According to Solebo, the Agency was established and empowered by the enabling law of 2015 to take responsibility for the eradication of hazardous and substandard products that are harmful to Lagosians.

He added that the Agency also has the mandate to ensure protection of consumers from all forms of unwholesome practices from sellers, manufacturers and producers of all goods and services in Lagos, stressing that every consumer must get value for money on products or services purchased.

“Mr. Governor is very passionate about ensuring that the rights of consumers in Lagos is protected, hence his zero-tolerance for those who violate the law. Those practising this act must desist from such or face the full wrath of the law because people and businesses can only thrive in a safe and healthy environment”, he averred.

He, however, advised unsuspecting members of the public to always ensure that they check and watch out for information such as expiry dates on any products, particularly the consumables purchased from stores or open markets, just as they must also ensure they get receipts for products purchased.

The General Manager also called on the members of the public to assist in the fight against the proliferation of unwholesome products in the State by informing the agency of any suspicious activities in their vicinity, noting that it is the Agency’s responsibility to protect consumers from hazardous products.

While declaring that LASCOPA will continue to educate Lagosians on their rights as consumers of products and services, Solebo said the Agency has achieved a lot and settled several cases of infringement through mediation and reconciliation to the satisfaction of all parties involved.

He further disclosed that LASCOPA has also resolved about 895 out of the 1,018 complaints received, while 43 complaints are on referrals to the appropriate quarters. 80 cases are ongoing with 14 already in court.