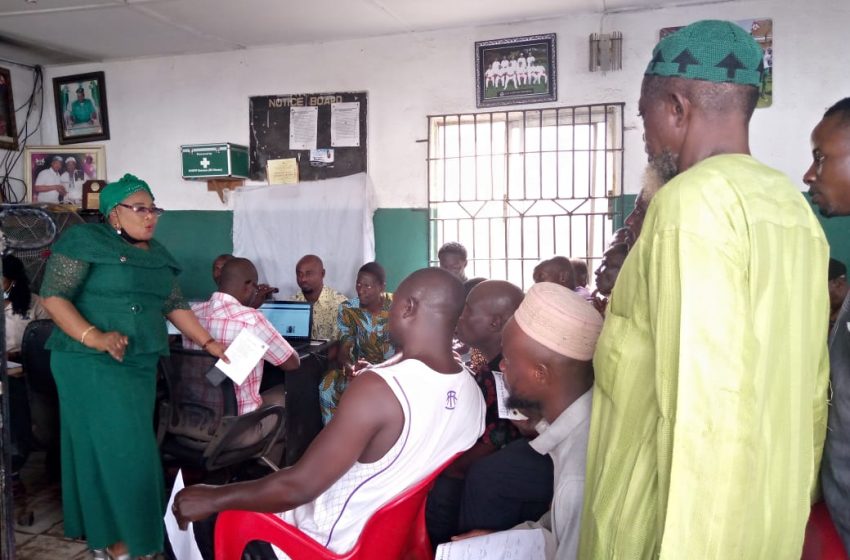 In line with its mandate of training and recertifying professional drivers, the Lagos State Drivers’ Institute (LASDRI) has organised a one-day Mandatory On-Site Training Exercise for professional drivers under the aegis of the National Union of Road Transport Workers (NURTW), Ojota Main Garage Branch.

Speaking at the training exercise, the General Manager of the Institute, Mrs. Afusat Tiamiyu, said that the on-site training is part of the institute’s work plan and strategy designed to reach out to as many professional drivers as possible in Y2022, particularly those with busy schedules.

While appreciating the drivers for their cooperation and unflinching support towards the organisation of the training session, the General Manager informed that compliance with the transportation guidelines in Lagos State is non-negotiable and that ignorance of such rules and regulations is not a tenable excuse when caught on the wrong side of the law.

Tiamiyu, therefore, urged the participants to see the training exercise as an opportunity to refresh their memories about the Lagos State transportation guidelines and acquire new skills as well as strategies that will make them better drivers.

According to her, a good driver is anyone who understands that all road users have responsibilities to their vehicle, the environment they operate in, one another, and the government by obeying the law and the rules of the road, hence, patience, carefulness and self-discipline must be imbibed into their day-to-day activities on the road.

Responding, one of the participants, Mr. Lateef Lasisi said that the training programme is a laudable effort on the part of the Institute, adding that the initiative is well appreciated by all the drivers as it has afforded them the opportunity to gain knowledge and also renew their LASDRI recertification card with ease.

He also expressed his profound appreciation to the Lagos State Government, adding that it is quite commendable that the government is unrelenting in its efforts to train the drivers, just as he pledged that they will, in turn, support the government in ensuring safer roads for the Lagos motoring public.