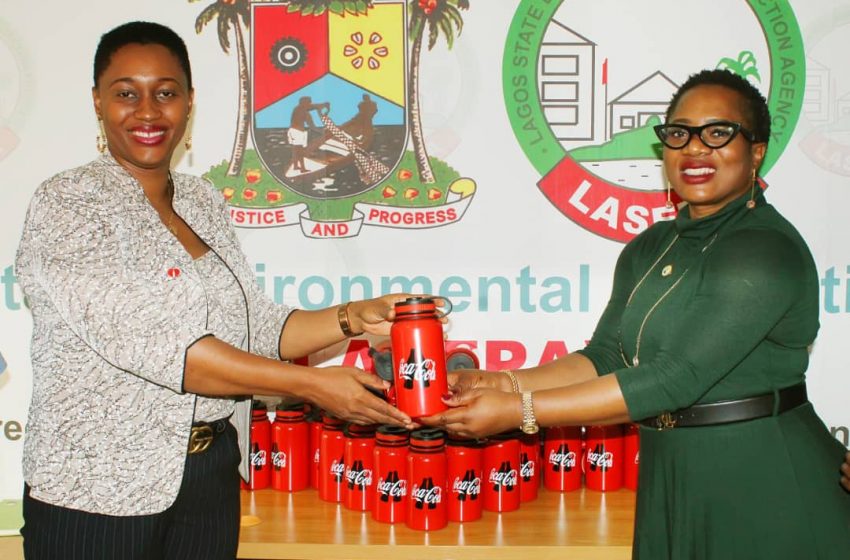 The Lagos State Environmental Protection Agency (LASEPA) has received 200 Multiple-Use Canned Bottles from the Nigeria Bottling Company (NBC), makers of Coca-Cola,  to support its fight against plastic pollution in the State.

The General Manager of LASEPA, Dr. Dolapo Fasawe, who received the donation on behalf of the Agency, thanked Coca-Cola for the gesture, saying the fight against plastic pollution is a collective responsibility.

“There is a need to encourage reusable materials as well promote recycling and turning waste into wealth among Lagosians. Recyclers can partner with us in the fight against plastic pollution because these plastics are raw materials and can be recycled into new useful products in exchange for cash rewards”, Dr. Fasawe said.

Earlier, the Director of Public Affairs, Communication and Sustainability, Coca-Cola Nigeria, Amaka Onyemelukwe, commended LASEPA on the initiative and expressed the readiness of the organisation to partner with the Agency to salvage the environment in Lagos State.

She said: “The donated reusable canned bottles are our little contribution to the initiative that the General Manager is championing because we want everyone at LASEPA to have a reusable bottle towards ensuring that the fight against plastic pollution in the State is realised”.

Onyemelukwe explained that as an environmentally friendly organisation, the gesture is one of the ways NBC can show its support to the Agency as well as educate the citizenry on the negative effects of plastic pollution on the environment and the benefits of recycling.