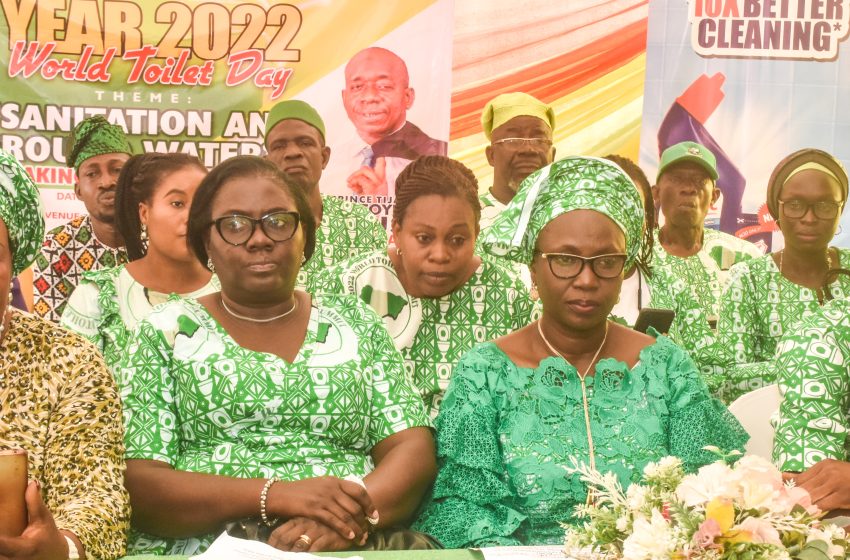 Lagos State, on Saturday, joined the global community in marking the 2022 World Toilet Day, revealing that it has constructed over167 Public Toilets in designated areas and registered over 635 Public Toilet Operators as part of efforts to prevent open defecation.

Speaking at the Y2022 celebrations held at the Lagos Island Local Government Secretariat, Permanent Secretary, Office of Environmental Services, Dr. Tajudeen Gaji said the State Government is determined to end open defecation and other sanitation challenges across the metropolis.

He reiterated that part of the measures taken by the present administration was the construction of new public toilets at various strategic locations, including motor parks, markets and densely populated areas in the State.

Gaji, represented by the Deputy Director, Sanitation Services, Mrs. Janet Balogun, informed that the event, held simultaneously in three other locations across the State, namely: Lagos Island, Ikorodu and Ifako-Ijaiye Local Government Areas, noted that the theme: “Sanitation and Groundwater”, is a clarion call to all stakeholders to prioritise hygiene as it is the cheapest method to combat the spread of diseases and control all environmental crisis.

He maintained that groundwater is a vital resource that provides almost half of all drinking water worldwide, adding that about 40% of water is for irrigated agriculture and about 1/3 of water is required by industries.

The Permanent Secretary averred that Nigeria presently occupies the topmost level on the ladder of open defecation, emphasising that in order to combat the menace President Muhammadu Buhari declared a State of Emergency on Open Defecation in the country as contained in Executive Order 009 titled: “The Open Defecation – Free Nigeria by 2025 and Other Related Matters Order”.

He disclosed that the declaration is expected to be followed by actions from each State to domesticate the Order and plan towards its application and sustenance to achieve Open Defecation Free status by 2025.

He said the Lagos State Governor, Mr. Babajide Sanwo-Olu took the lead role and set the pace for others to emulate by signing an Executive Order titled: “Enforcement of Law and Order in Respect of Traffic and Sanitation Matters”, stressing that the essence of the Executive Order is to restore stability and accountability to all citizens to become active stakeholders in bringing necessary changes to transform Lagos to the desired state.

Gaji noted that the State has also developed a Resilience Strategy Document consisting of three Pillars, 10 Goals and 31 Initiatives aimed at making access to clean water and sanitation a priority as stated in Goal 2, Initiative 1 of the document.

The Permanent Secretary said the World Toilet Day commemoration is about raising awareness and taking action to tackle the global sanitation crisis and achieve Sustainable Development Goal 6: “Water and Sanitation for all by 2030”.

Earlier in his remarks, the Chairman, Ĺagos Island Local Government, represented by his Vice, Hon. Rosul Esinlokun said the State needs to continuously address the issue of toilets and beam the searchlight on sanitation.

While noting that the toilet campaign is part of the State Government’s efforts to fast-track the Sustainable Development Goal for Water and Sanitation by 2030, he asserted that the State cannot afford any fatality that could be caused by contaminated water and sanitation-related diseases.