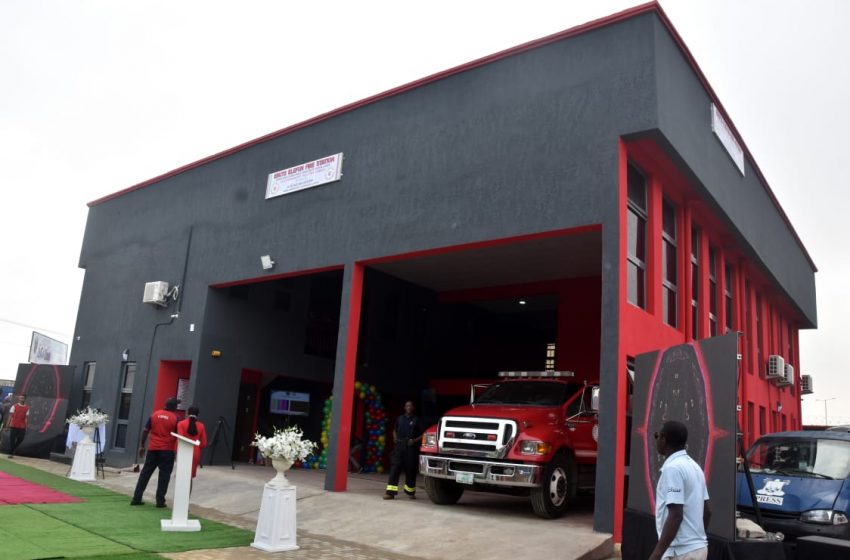 In a bid to reposition the Lagos State Fire Service for optimum performance, the Lagos State Government has embarked on the construction and rehabilitation of six fire stations, just as it completed the upgrade of the Fire and Rescue Service Headquarters at Alausa, Ikeja.

Governor Babajide Sanwo-Olu, who disclosed during the commissioning of Ebute-Elefun, Ajegunle and Oniru Fire stations, which took place concurrently, said the projects are a result of a comprehensive review of first responders’ agencies to enhance emergency response and management with the aim of minimising loss of lives and properties.

According to the Governor: “You will recall that, two years ago, a performance assessment study of all First Responders was carried out where gaps responsible for limiting the effectiveness of their response to emergencies were identified. Our response to these identified gaps was not only proactive but very strategic as we developed a road map that will address them and reposition the agencies for optimum performance.

He added that to enable Fire Responders to reduce the distance and overcome other unplanned encumbrances on the way to the fire scene, the idea of having at least one fire station in each of the 20 Local Government Areas of the State was conceived.

Governor Sanwo-Olu asserted that the three fire stations have been completed along with the upgrade of the Headquarters, while the remaining three stations at Ijede, Kosofe and Ijegun which will be completed before May 2023, are interventions that will further consolidate the position of the Lagos State Fire and Rescue Service Agency as a leading firefighting outfit in Nigeria.

The Governor enjoined Lagosians, especially those living around the locations of the new and upgraded Fire Stations, to take ownership of the stations and ensure their protection from attack or damage.

Earlier in his welcome address, Special Adviser for Special Duties and Intergovernmental Relations, Mr. Mobolaji Ogunlende stated that the fire stations commissioned along with others that have been rehabilitated are purpose-built facilities with functional and conducive environments which will bring a whole new workplace experience for fire officers who labour day and night, staking their lives for Lagosians to live in safety

Ogunlende expressed optimism that the construction of the new fire stations and rehabilitation of existing ones will assist in overcoming the challenge of distance while quickening the response time of the service.

Also speaking, the Director, Lagos State Fire and Rescue Services, Mrs. Margaret Adeseye commended the commitment of the Sanwo-Olu led administration to the realisation of the sixth pillar of the T.H.E.M.E.S developmental agenda, which is “Security and Governance”, saying the Governor has been instrumental to milestone developments which the fire service has experienced thus far.

She assured that with the new development the service has been equipped to ensure a considerable reduction in losses associated with fire outbreaks and their negative aftermath suffered by the populace.

Adeseye, therefore, implored the citizens to support the fire service while shunning all forms of fire equipment vandalism and assault on Firefighters.

In his goodwill message, Hon. Lukman Olumoh, a member representing Ajeromi Ifelodun Constituency I, appreciated the Governor for the laudable initiative, stating that the newly constructed Ajegunle Fire Station is the first in the whole of Ajegunle-Ifelodun area.