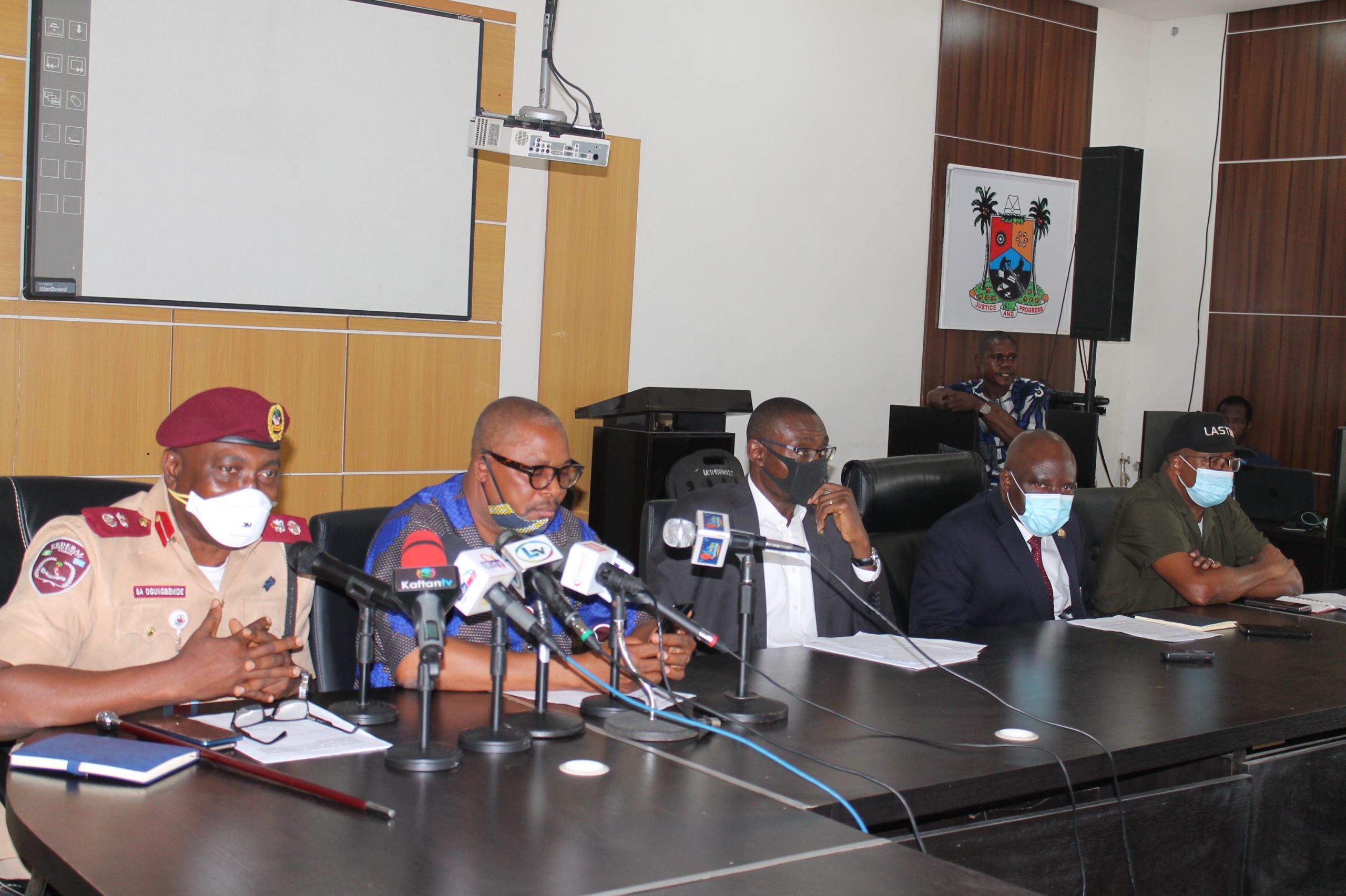 The Lagos State Government has declared that the game is up for violators of the State Transport Sector Reform Law, 2018, especially Okada Riders who have engaged themselves in nefarious activities and plying restricted routes.

The Commissioner for Transportation, Dr. Frederic Oladeinde vowed that the State Government will exert the full weight of the Law on non-compliant Okada Riders with penalties ranging from N20,000 to three months imprisonment while the recalcitrant motorists will have their vehicles impounded.

He confirmed that a Special Joint Task Force drawn from the Nigeria Police Force (NPF), Federal Road Safety Corps (FRSC), Task Force on Environmental Sanitation and Special Offences, Lagos State Traffic Management Authority (LASTMA) and Vehicle Inspection Service has been created to commence full enforcement of the Lagos State Traffic Law Reform 2018, warning that those found contravening any of its provisions would be charged to court.

The Commissioner reiterated that the State had not reneged on its position on the use of commercial motorcycles in the aforementioned areas, declaring that the government would not condone the recent upsurge of lawlessness displayed by these operators.

He further stated that any motorist caught driving against traffic will pay the maximum penalty, which is to have their vehicles impounded and forfeited in line with TSRL 2018.

Oladeinde also assured that the State Government will involve stakeholders in the sector, including the National Union of Road Transport Workers (NURTW), Road Transportation Employers Association (RTEAN), Motorcycle Owners Association of Lagos State (MOALS), Tricycle Owners Association of Nigeria (TOAN) and other bodies in the Joint Task Force to ensure that their members cooperate and obey the State Traffic Laws to restore sanity on Lagos roads from the menace of Okada riders.

The Special Adviser to the Governor on Transportation, Mr. Oluwatoyin Fayinka charged the Road Transport Unions to actively rid their professional bodies of bad eggs perpetuating these acts including one-way driving and wrong use of the BRT corridors, among others, affirming that this will not be handled mildly by the government as the trend has projected the State in a negative way.

He, therefore, urged Transport Unions and their members in the State to desist from acts capable of bringing discomfort to other members of the society as the stipulated rules must be followed to the letter by all and sundry.

In his contribution at the event, the Lagos State Sector Commander of the Federal Road Safety Corps (FRSC), Mr. Olusegun Olugbemide disclosed that in the last three weeks, the agency had recorded an increase in the number of crashes from motorcycle accidents across the State as a result of the surge in recklessness and impunity on the part of the riders.

He appealed to transport workers to collaborate with traffic management agencies to solve recklessness and impunity of okada riders and commercial vehicle operators.

The State Commissioner of Police, Mr. Hakeem Odumosu represented by Superintendent of Police, Ozoani Damasus, urged all citizens to come together and give peace a chance, pledging that the State Police Command would do all within its power to ensure the security of lives and property of the citizenry.

In the same vein, the Chairman, Lagos State Environmental Sanitation Enforcement Agency, CSP Olayinka Egbeyemi represented by Supol Ogar stated that his men will carry out their duties as a law enforcement agency, adding that the unit will not back down in its efforts to stop Okada riders from plying restricted routes and areas in the State.

Also speaking, the Deputy Chairman, NURTW, Alhaji Suleiman Ojora assured that efforts had commenced within the Union to tackle the problem through close supervision of areas under their control. He, however, implored the State Government to include them in the task force as it will make enforcement more effective.

The Public Relations Officer, RTEAN, Mr. Ayinde Runmonkun also pledged support for the government in its bid to tackle lawlessness on the roads, advising that the full weight of the Law should be invoked against traffic offenders and violators in the State.