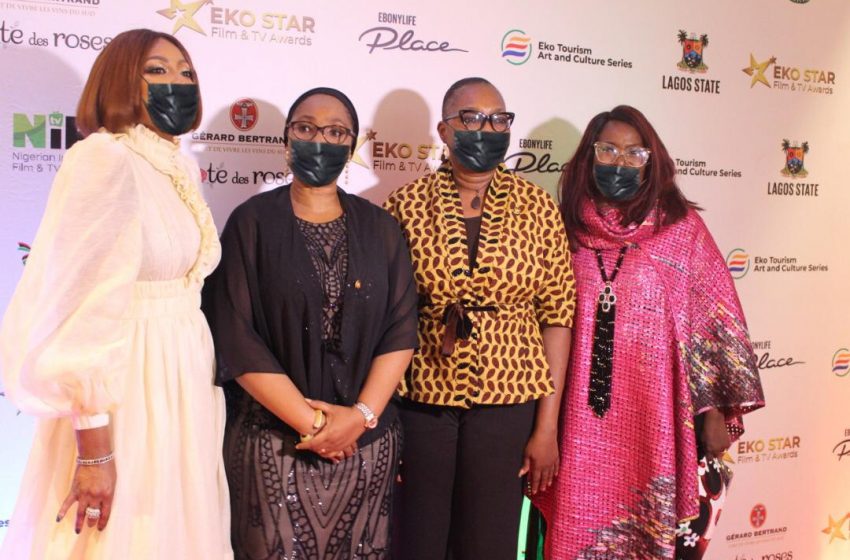 Lagos State Government and Mo Abudu have organised an Award of Recognition ceremony through the ‘Eko Culture Series’ to pay tributes to some female personalities in the Nigerian Film industry and TV Stars for their contributions to the development of the country’s film and creative industry – “Nollywood” – emerging the second-largest film producer in the world.

In her address at the event, tagged “Eko Star Film and TV Awards” and held with the support of the Nigerian International Film Institute on Monday at Ebony Life Place, Victoria Island, the State Commissioner for Tourism, Arts and Culture, Mrs. Uzamat Akinbile-Yussuf, stated that the female gender in the industry has over the years excelled in areas that were initially dominated by their male counterparts.

The Commissioner extolled the acting, producing and directing capacity of female artistes, among others, describing the recognition accorded them as a lofty idea, pointing out that the celebration of stakeholders in the creative industry, like other professional bodies, will serve as a source of encouragement to the award recipients and also inspire the upcoming creative stars.

In her words: “It is on record that Nigeria’s media and entertainment industry “Nollywood” is currently the second-largest film producer in the world in terms of the number of movies. The feat is not just in terms of number of movies alone but more importantly how the personalities involved in these delectable stories have been able to change our society for the better and also exposed several societal ills”.

Akinbile-Yussuf added that the State Government was using the Award of Recognition event to assure the creative stars, including those recognised in the past and others that would still be recognised in future, that their efforts to sustain the film industry is not without due recognition.

While noting that the Lagos State Government will ensure the development of the industry through capacity enhancement, she revealed that this administration is currently in a partnership with two renowned creative firms to train young creative stars in different areas of film production towards attaining world-class professionalism to compete favourably with their contemporaries across the Globe.

Imploring all the award recipients to make conscious efforts to impart the lives of the younger ones, Akinbile-Yussuf urged them to transfer their knowledge to the upcoming television and TV stars.

In her remarks, the CEO of Ebony Life Place and the co-organiser of the award ceremony, Mo Abudu, averred that there is so much talent in Nigeria and so much to be celebrated in the creative sector apart from the successes already recorded in film-making and television presentation.

She, however, identified quality film production as one of the major defining areas for Nigerian entertainers, stressing that the support and ambience provided by the State Government has made film making and production a worthwhile experience.

“It is a fact that Politics and Entertainment are the two major things influencing the world now. The political class has now realised how powerful the entertainment industry is in influencing decisions of the masses,” Mo Abudu said.

The award ceremony, according to her, was organised to recognise the hard work and dedication of women in the Film and TV industry, highlight the cultural significance of the recipients’ achievements in the creative space and celebrate diversity in the Nigerian creative industry.

She, however, clarified that the award recipients only represent a fraction of other women that would be recognised in the future editions of the Eko Star Film and TV Awards.

65 Film and TV stars were presented with various recognition awards at the event, including an octogenarian television presenter and actress of repute, Taiwo Ajai-Lycett (OON), who was presented with a special award tagged “A Lifetime Achievement like no Other” as well as a veteran actress, Mrs. Joke Silva (MFR), who was given “A Special Recognition that Inspires” among several other awardees.

Eko Culture Series, an initiative of MO Abudu and Lagos State Government, is a blend of an entertainment and tourism event conceived as a platform for showcasing different unique features of Lagos and its rich cultural experiences with the aim of projecting the State as a destination of choice for tourists and a hub of entertainment for fun lovers.