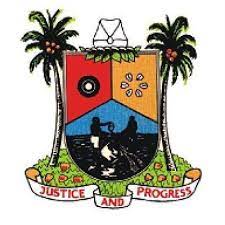 The Lagos State Interministerial Drug Abuse Control Committee of the Ministry of Health, in collaboration with National Drug Law Enforcement Agency (NDLEA), has organised a walk for fitness to commemorate the Y2021 UN Day against Drug Abuse and Illicit Trafficking.

In her address at the commencement of the Walk for Fitness, the Chairman, Lagos State Interministerial Drug Abuse Control Committee, Mrs. Mosunmola Beckley, said the exercise was aimed at sensitising the public on the theme of the Day, “Share facts on Drugs, Save Lives”, and the dangers of drug abuse.

“You know that abuse and misuse of drugs destroy life. You must be concerned about your future as leaders of Nigeria. All leaders in the country today were once youths who had abstained from one form of drugs abuse or the other. Ensure that you do not abuse drugs in order to achieve the purpose of your destiny”, she said.

While noting that the commemoration day was 26th June but had to be shifted due to the various programmes lined up for the event, Mrs. Beckley appreciated various Ministries, Departments and Agencies (MDAs) as well as other sponsors for their support and collaboration in ensuring a drug-free society.

In his own remarks, the Chairman, National Drug Law Enforcement Agency (NDLEA), Brig. General Buba Marwa (rtd), said the Walk is to sensitise the citizen, especially the youth on the evil of drug addiction and misuse in order to achieve a better society.

“The youths, who are the future of this country, are most vulnerable to drugs abuse and misuse. Drugs abuse is not a respecter of age, race or ethnicity and cuts across every facet of life. People take to drugs because of peer pressure and social media. The drugs that are supposed to help our health and well-being have been abused by the people in the society”, he said.

Marwa, represented by the Assistant State Commander, Administration and Logistics and Deputy Controller of Narcotics, Mr. Marcus Ayuba, said there is a need to intensify the drug fight through enforcement, enlightenment, rehabilitation and referral, advising parents to instil discipline in their wards, while the children should equally desist from peer pressure that would lure them into drug abuse and misuse.

While receiving participants at the end of Fitness Walk at Ikeja Club, the Chairman, Ikeja Local Government, Engr. Mojeed Balogun, said the Drug Abuse campaign is vital as it is meant to sensitise the public, especially youths who indulge in drug abuse and misuse.

Balogun, represented by the Secretary to the Local Government, Mr. Dausa Akeem, challenged stakeholders to continue the agitation against drug abuse and illicit trafficking, stressing that Ikeja LGA would continue to render all necessary support to eradicate the scourge.