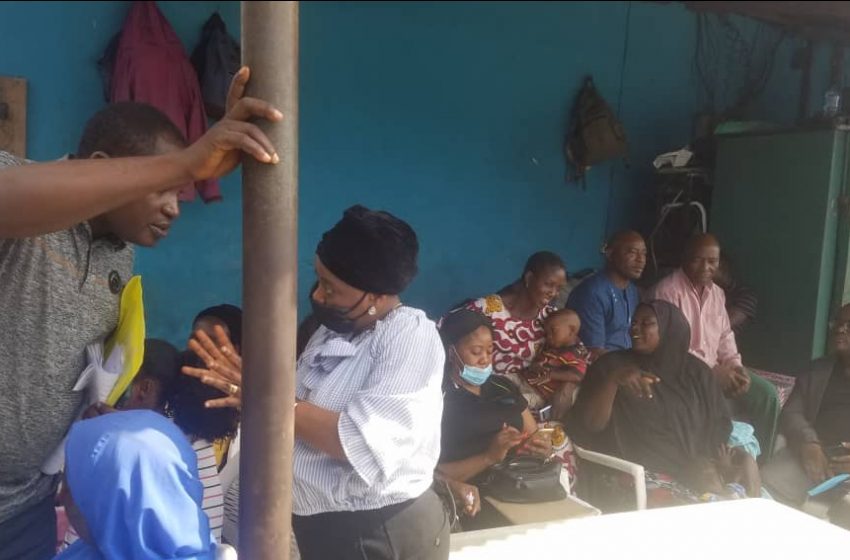 Olusanya explained that the intervention would therefore enable the artisanal fisher folks and communities to access funds that could be used to provide fishing boats and equipment for the youth in order to enhance their standard of living and improve their businesses.

She pointed out that the artisanal fisheries sub-sector of the State’s fish supply chain cannot be overemphasized as it presently contributes 80% of local fish production and provides a major source of livelihood for fisher folks in the State.

“The Ministry intends to partner with a financial institution to enable the artisanal fisher folks in the State access funds. This fund could be used to provide fishing boats and equipment such as nets and fish finders for the youth.

“Already, a total of 8,844 fishermen have since been identified in 325 identified fishing villages across the five administrative divisions of the State.

“This is particularly important since the artisanal fisheries sub-sector of the State’s fish supply chain presently contributes 80% of local fish production and provides a major source of livelihood for fisher folks in the State,” the Commissioner opined.

Olusanya stated that Ecobank has already begun the intervention by visiting fishing communities in the State to capture the data of youths in the artisanal fisheries subsector with a view to enrolling them for the Bank Verification Number (BVN) to formally bring them into the banking sector so that they can access government interventions like the Anchor Borrowers Scheme among others.

She disclosed that the youth is the focus of the intervention seeing that the artisanal fisheries value chain is made up of mostly aged fishermen stressing that as such youths needed to be well trained to properly equipped them to take over from the ageing fishers.

The Commissioner asserted that Lagos being a maritime State has 22% of its total land area as water which is made up of a vast network of lagoon, rivers, swamps, and other water bodies that are amenable for fish production adding that the State has a comparative advantage in fishing and its related activities which are the major occupation of the people living along with the coastal and inland water areas of the State.

She noted that fish landings by artisanal fisheries had so far not been maximized due to the high cost of fishing inputs, obnoxious fishing practices, and other anthropogenic activities that have over the years resulted in low fish catches and income for the fishing populace.

“The proposed artisanal fisheries value intervention will improve fish landing per unit effort, increased income and enhanced the standard of living in the artisanal fishing communities, make fishing attractive and seamless to youth who in the past were not ready to adopt fishing as a profession thereby replacing the aging fishermen population.

“It will also provide opportunities for fisher folks to have access to banking services at various fishing communities across the State, upscale the local fish production in the State; create jobs and reduce the rural-urban drift; empower the fisher folks; as well as promote the availability of fresh fish at affordable prices,” Olusanya averred.