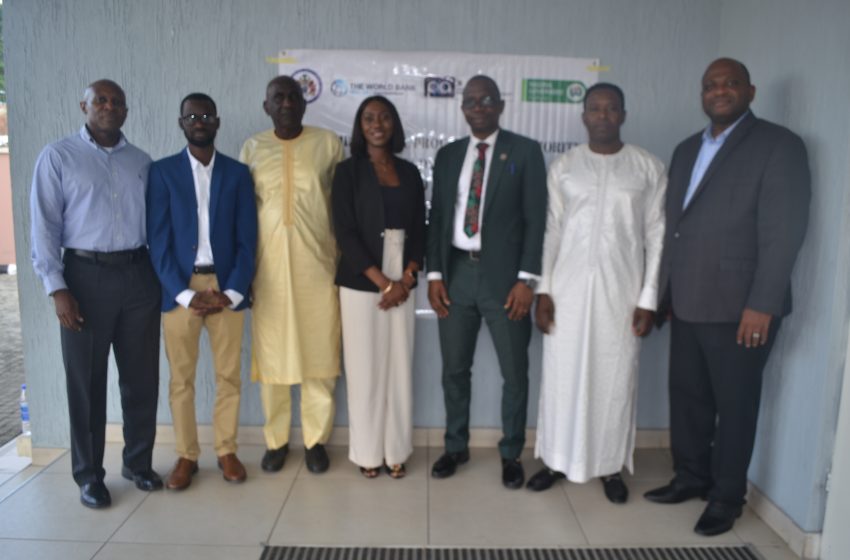 The Lagos State Government has pledged to continue to offer necessary support and assistance to the Government of the Gambia to enable the country successfully migrate from manual procurement to an e-procurement system.

The Lagos State Commissioner for Finance, Dr. Rabiu Olowo, made the pledge today while addressing a delegation of the Gambian Fiscal Management Development Project, who were on a study visit to the Lagos State Public Procurement Agency.

Dr. Olowo, who is also the Chairman of the Governing Board of the Lagos State Public Procurement Agency, commended the Gambian delegation for taking the initiative of embarking on the study tour to Nigeria, and in particular, Lagos State to exchange ideas on how they could enhance the public procurement system in their country, leveraging technology.

He, therefore, urged the delegation to feel free to exchange ideas with their Lagos State counterparts and continue to seek the knowledge required to facilitate improvement in the public procurement system of their country.

Also addressing the Gambian delegation, who paid him a courtesy visit in his office, the Commissioner for Science and Technology, Mr. Hakeem Fahm, urged the visitors to choose the right technology that would suit the peculiar environment and needs of their country.

Mr. Fahm explained that the deployment of technology in driving public procurement has enormous benefits, including enhancing transparency, cost efficiency and increased productivity among others.

Also speaking with the delegation while receiving them in his office, the Permanent Secretary, Office of Infrastructure, Ministry of Works and Infrastructure, Arc. Adebayo Ayodeji Odusanya, described e-procurement as a blessing to the State, adding that the deployment of the e-procurement system has made work, a lot more seamless.

In his welcome address during the training and live demonstration sessions organised for the visiting Gambian delegation at the Protea Hotel, Ikeja, the Director-General, Lagos State Public Procurement Agency, Mr. Fatai Onafowote, enjoined the Gambian delegation to remain focused and determined in their desire to deploy technology to the public procurement system of their country regardless of initial challenges and resistance.

Mr. Onafowote also stressed the need for the Gambian authorities to build the capacity of its procurement personnel who will operate the system and embark on continuous sensitisation and engagement with stakeholders to ensure the successful operation of the system.

The Director-General gave a brief on the Agency, explaining how the Agency started as a regulatory Agency in public procurement and how it transited from manual to electronic procurement.

The Project Coordinator, Nigeria Governors’ Forum State Fiscal Transparency, Accountability and Sustainability Technical Assistance, Abuja, Mr. Solomon Affun, who facilitated the study visit of the Gambian officials to Lagos, stated that the choice of Lagos State was informed by the fact that the Lagos State Public Procurement Agency is in the forefront of public procurement system in Africa.

He enjoined the visitors to pay attention and ask relevant questions on any issues bothering e-procurement.