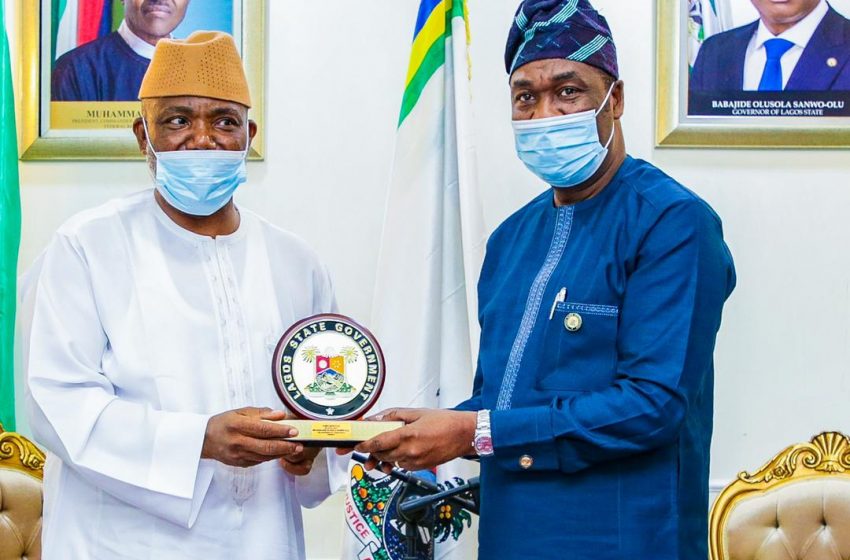 The Deputy Governor made the pledge while receiving the Board members of the National Hajj Commission of Nigeria (NAHCON), led by the Chairman, Alhaji Zikrullah Kunle Hassan, who paid him a courtesy visit.

Dr. Hamzat stated that Lagos will continue to assist the Commission in the drive to enhance its services to the good people of Nigeria as the State government always prides itself in doing things that will assist citizens of the country.

While commending NAHCON for introducing the Hajj Savings Scheme, Dr. Hamzat said that hajj operations should be made easier and seamless for the benefit of pilgrims so that Muslims will perform Hajj without much stress or fear.

Earlier in his remarks, the Chairman – National Hajj Commission of Nigeria – Alhaji Zikrullah Kunle Hassan, described Lagos as a significant pilgrimage point in the country, just as he applauded the State government for supporting hajj operations, especially during the launching of the Hajj Savings Scheme.

The Chairman noted that Hajj operations have over the years become an exercise that involves a lot of operations and logistics and, therefore, there is a need to manage the exercise with effective sensitisation and digital transformation of its operations.

He disclosed that to further enhance Hajj operations in the country, the Commission has come up with the establishment of a Hajj Institute to train its personnel in the nitty-gritty of operations, imploring the State government to send its officers for training to enhance their on-the-job performance.

The Chairman said the Commission is thinking out of the box to raise funds for its operations, being self-sustaining, hence adopting the PPP initiative using its property across the country for the good of the Commission, adding that NACHON is already collaborating with the Kano State Government on the initiative.