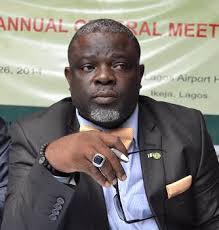 The Lagos State Government has refuted the allegation contained in a viral post by one Yacoob Abiodun, who claimed to be an Urban Planner/Planning Advocate, alleging that the government is tacitly condoning the violation of Physical Planning laws by some developers in Osborne Foreshore Phase II and Peace Valley Estate, Magodo.

A statement issued on Monday by the Commissioner for Physical Planning and Urban Development, Dr. Idris Salako, debunked the insinuation, stressing that the claim by Yacoob Abiodun that residents of Osborne Foreshore Phase II and Peace Valley Zone, Magodo, were crying foul over the illegal activities of some developers is totally untrue and fabricated.

While expressing his displeasure at the twist of facts by the writer, the Physical Planning Commissioner said that it became necessary to correct the misinformation peddled in the social media report in order to disabuse the minds of Lagosians by setting the records straight.

Salako retorted that contrary to insinuations, the residents of Osborne Foreshore Phase II had influenced the increase in height of structures in the area from the original four or five to 10 floors, while Phase I still remained a maximum of five floors.

He explained that a review of the Approval Order for Osborne Foreshore was precipitated by the continuous agitation of the residents, as original allottees had brought about an increase in the height of buildings and density of the Estate while the government came in to ensure a proper review for the benefit of all concerned.

Dismissing the allegation of non-involvement in the review, he stated that the ongoing review process, which was borne out of several consultations and engagements with the residents’ association, was in line with the extant regulations guiding development planning in the State.

The Commissioner maintained that the review could not have been more inclusive, having met and discussed with residents of the Estate over 10 times before the Ministry’s encouraged the residents association to engage a consultant, explaining further that Messrs. MOA Planners prepared a revised plan along with the review sent by the Federal Ministry of Works and Housing.

According to Salako, the Revised Plan will still be subjected to stakeholders’ engagement before final approval.

“It is, therefore, disheartening that despite repeated dialogue, the latest of which was held with the Governor of Lagos State, Mr. Babajide Olusola Sanwo-Olu, three weeks ago, the best that the Osborne-Foreshore Residents Association Phase II (OSFRA) could do was to resort to social media to intimidate and embarrass the Lagos State Government”, he said.

He averred that the writer’s portrayal of the incident at the Peace Valley Zone, Magodo, was not less misleading than the entire writeup as it attempted to denigrate gallant officers of the Nigeria Police who were in the estate on lawful assignment, noting that the Police officers were not only professional and diligent but they acted with the utmost respect for the rule of law and engagement.

Dr. Salako, who was present at the scene, intervened alongside the former Prelate of the Methodist Church, Pa Sunday Ola Makinde to restore order and get the understanding of the Police on the arrest warrant, expressed his dismay at the erroneous social media report which exaggerated the incident and glorified some people who claimed to have thwarted the arrest of the Estate Chairman.

Noting that it had become apparent from the unwarranted social media outburst that some people were out to take advantage of the online platforms and information technology for personal ends, the Commissioner emphasised that no amount of pressure would compel the government to outsource its responsibility for Physical Planning to groups or individuals.

He maintained that the State Government would continue to protect the built environment and relate to everyone equally, irrespective of status or creed.