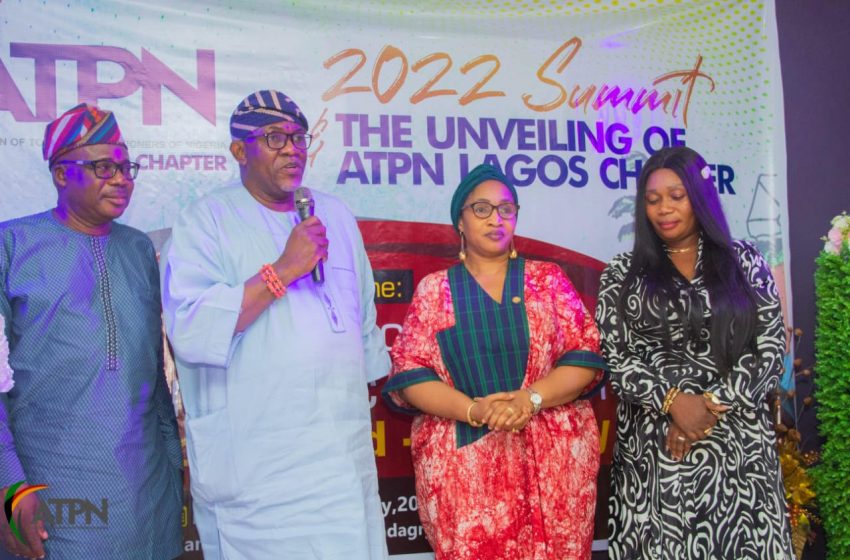 The duo gave the pledge at the unveiling of Lagos State Chapter of Association of Tourism Practitioners of Nigeria (ATPN) and a summit put together by ATPN South-West with the theme: “The Place of Domestic Tourism in Post-COVID Economy”, held recently in Badagry.

Mrs. Akinbile-Yusuf said that the unveiling of the Lagos Chapter of the Association is coming at the right time when tourism in Lagos State is witnessing a rebirth, hoping that the Lagos ATPN will set a standard for other critical stakeholders in the industry to follow.

On his part, the Special Adviser, Mr. Solomon Bonu, promised to throw his weight behind the Lagos ATPN, emphasising the need for the chapter to be more actively involved in tourism activities in the State than ever before.

“Be reminded that the progress of tourism industry lies majorly in the hands of stakeholders, the government can only create an enabling and friendly environment and policies that will make this sector thrive”, he stated.

Speaking in the same vein, the Executive Chairman of Epe Local Government, who is also a member of Lagos ATPN, Princess Surah Olayemi Animashaun maintained that tourism has the potential of impacting the local economy if properly harnessed.

Animashaun, however, vowed to encourage other Council Chairmen under the aegis of Conference 57 on the importance of investing in tourism as the best option to grow their IGR at the grassroots level.

The South-West Chairman of ATPN, Prince Adetunji Fadina, who spoke on the urgent need to activate the Lagos Chapter of the Association, disclosed that the Lagos Chapter was a dream come true as it would further boost the tourism and hospitality industry, adding that it is the appropriate platform for anyone who desires to make an impact in the sector.

Fadina stated that the choice of Apata Samson Nunayon by the national leadership of ATPN to lead Lagos was a result of his antecedents in the industry and assured that the rich composition of the membership would contribute immensely to the industry in particular and Lagos at large.

In his remarks, the Chairman, ATPN Lagos, Mr. Apata Samson Olatunji Nunayon appreciated the leadership of ATPN under the National President, Alhaji Hassan Zakaria and the South-West Chairman, Prince Adetunji Fadina for considering him worthy for the mantle of Lagos ATPN.

He said: “It is an assignment that calls for the continuous support of every stakeholder in tourism and hospitality industry across the country because whatever happens in Lagos is a reflection of what happens in Nigeria”.

Recall that the Association of Tourism Practitioners of Nigeria (ATPN) is a member-driven professional and trade association founded in 1990 with the primary purpose of lobbying and cooperating with the government and her agencies in promoting domestic and inbound tourism to Nigeria.

The Association promotes integrity and offers domestic and inbound tourism services companies the highest level of quality in the tourism industry.