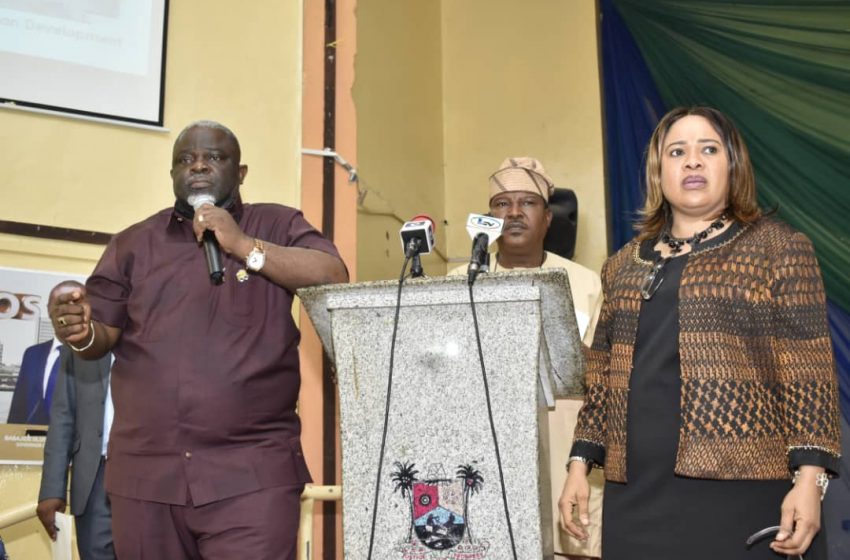 The Lagos State Government and Stakeholders of Osborne Foreshore Residential Scheme II have eventually agreed on the review of the Approval Order of the Porch Estate after much deliberations leading to a decision for the process to continue.

Speaking at the Stakeholders’ meeting/presentation on the Review of the Approval Order for Osborne Foreshore Residential Scheme II at the Adeyemi-Bero Auditorium, Secretariat, Alausa, on Tuesday, the  Commissioner for Physical Planning and Urban Development, Dr. Idris Salako, said that Residents of Osborne Foreshore II, conceived as a low-density residential scheme, had clamoured for the review by approaching the Ministry to decrease the permissible height, among other changes to the previous Approval Order.

“Consequently, several discussions were held with their representatives, which culminated in the meeting with Mr. Governor and ultimately the ongoing review”, he said.

The Commissioner stated that the crave for the review of the extant Approval Order was not unconnected with the observed disparities in the Approval Order of Osborne Foreshore II and that of Banana Island, Ikoyi Southeast and Ikoyi Southwest, despite being of similar status and character.

Salako noted that the need for the review of the Operational Development Plan cannot be overemphasised as it would afford timely bridging of identified gaps and inadequacies such as omissions or commissions, in order to make the Plan more comprehensive and effective.

He emphasised that the Ministry was statutorily empowered to prepare Development Plans for different areas, as well as provide Approval Orders that were more specific on the intended use, density and operation of the identifiable segments of an area.

“In like manner, the Ministry is also statutorily charged to review the existing Development Plans, which have been adjudged to be outdated or no longer relevant to achieving the stated goals. Indeed, this is one of the powers of the Commissioner for Physical Planning and Urban Development as stated in Section 5 (1) (a & c) and Section 6 (1) of the Lagos State Urban and Regional Planning and Development Law 2019 (as amended), which allows for the review/amendment of Development Plans every five years”, Salako explained.

He reiterated that the Ministry as a Government formation was charged with the the mandate for the sustainability of the physical environment, while the power of development control was vested in the State Government and not in any other entity such as the Residents Association.

“It is, therefore, noteworthy that the Operative Development Plans are sacrosanct and that the use of any space within the Plan Area can only be altered through due process of an official review, contrary to which a change in use becomes illegal. There are provisions in the Law for sanctioning of erring Development/Developers”, he said.

While stating that the Government had the obligation to ensure that every part of the State was committed to appropriate use, in order to achieve common social good, economic viability and environmental sustainability, Salako assured that the Operative Development Plans had been prepared with due cognisance of the socioeconomic dynamics and the Lagos State Urban and Regional Planning and Development Law 2019 as amended.

Residents of the Estate, including the Chairman of the Board of Trustees of the Residents Association, Sir Steve Omojafor and a seasoned Public Relations practitioner, Mr. Kola Ayanwale, expressed confidence in the ability of the State Government to come up with a plan that would be fair to all sides, while urging developers and investors in the estate to balance economics with the environment.

The duo, who were corroborated by the Chairperson, Osborne Foreshore Residents Association, Chinwe Ezenwa Esq, enjoined the Government to consider leaving the Estate as low-density to forestall slumming, while others who were mainly developers expressed a preference for an increase in height and density of the estate.