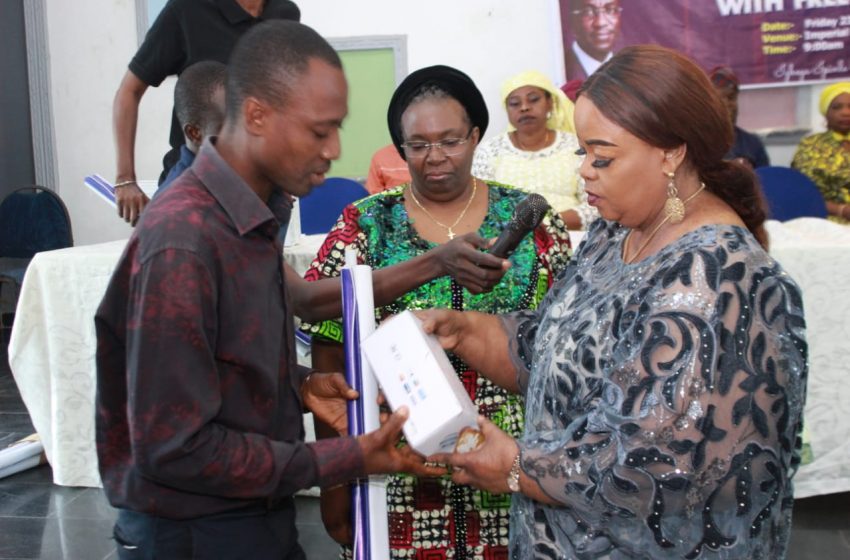 Lagos State Government, in collaboration with Stanbic IBTC Bank, has empowered hundreds of unemployed youths with Point of Sales (POS) machines, just as it restated its determination to alleviate the challenges faced by the less privileged in the State, especially those wanting to pursue a legitimate source of income.

Commissioner, Ministry of Wealth Creation and Employment, Hon. (Mrs). Yetunde Arobieke, speaking at the distribution ceremony to some unemployed in the State, explained that the gesture is a demonstration of Governor Babajide Sanwo-Olu’s efforts to achieve financial transformation for the youths.

She affirmed that the gesture is also a pointer to the fact that the Lagos State Government under the leadership of Mr. Governor Babajide Olusola Sanwo-Olu is keen on alleviating the sufferings of the less privileged in the State.

She added that the empowerment initiative is specifically targeted at those who are yearning to earn a source of living through legitimate means that will give them tranquillity and peace of mind.

Her words: “There is no doubt that Governor Babajide Sanwo-Olu is a youth-centric Governor who understands where the shoe pinches millions of Lagos youths and this explains why he is always ready to give his consent and approval to any programme that is youth-focused”.

Arobieke appreciated Stanbic IBTC for sharing in the ‘Greater Lagos Vision’ of the State Government to fight the scourge of unemployment, stressing that the gesture will help alleviate the sufferings of the beneficiaries.

The Commissioner urged the beneficiaries of the POS Machines to make the best use of the opportunity, saying “You all have to consider the fact that you have been given a rare opportunity which, if properly utilised would lead to a complete transformation of your entire lives”.

Earlier, the Permanent Secretary in the Ministry, Ms. Yinka Fashola said that the empowerment programme is a partnership initiative between Stanbic IBTC and the State Government where unemployed youths will be engaged to earn a legitimate income.

She assured participants at the event that the present administration under Mr. Babajide Sanwo-Olu is aware of the high expectations of Lagosians, hence its consistent investment in the capacity development of youths and unemployed citizens.

While saying that the Ministry of Wealth Creation and Employment will continue to come up with initiatives and more impactful programmes to reduce the numbers of unemployed youths in all parts of the State, Fashola urged the beneficiaries of the free POS distribution to leverage the opportunity to chart a course for financial independence.

On his part, Team Lead, Stanbic IBTC Bank, Arinze Anigbogu noted that the gesture is part of its Corporate Social Responsible (CSR) and an avenue to address the challenges brought about by the economic crisis being experienced globally.

Anigbogu, who commended the State Government for the support, charged the beneficiaries of the POS Machines to make proper use of the opportunity as it will further create access to other schemes targeted at small businesses in the State