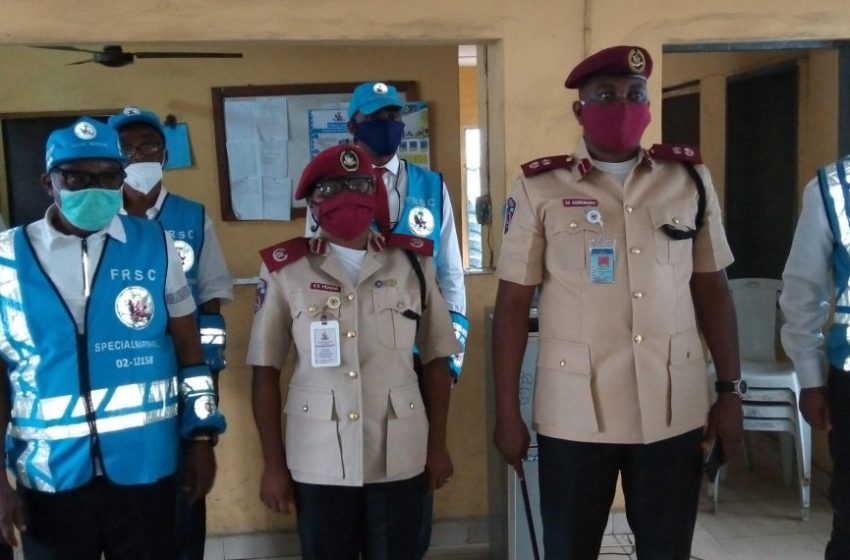 The Lagos State Government has tasked drivers and other road users in the state to obey traffic rules and regulations to stem road crashes during the Ember Months and even beyond.

The Year 2021 Special Marshal Sector Workshop was organised to sensitize motorists and other road users on road safety culture towards reduction of carnage in the Ember months of the year.

The Deputy Governor, who was represented by the Permanent Secretary, Ministry of Transportation, Mr. Kamar Olowoshago said some road accidents are preventable, and can be avoided if drivers obey traffic rules and regulations, adding that over-speeding, overloading and driving at nights which often times were responsible for greater percentage of road crashes could be avoided, hence the need for drivers to be more educated on all safety tips.

Explaining road crashes’ global status, the Deputy Governor stated that road accidents are a global phenomenon which have been of concern to the United Nations and the World Health Organisation. In Nigeria, he said, road traffic accidents statistics revealed a serious and growing problem with absolute fatality rate and casualty figures rising rapidly.

Dr. Hamzat further explained that Lagos has had its fair share in all of these developments as it has continued to attract large vehicular influx because of its prime socio-economic status in the country. As a result of which he said, the State Government has also continued to lead in the vanguard of advocacy in the areas of training and retraining of drivers through its Agencies; the Lagos State Drivers Institute (LASDRI) and its sister agency, the Lagos State Traffic Management Authority (LASTMA) to ensure sanity on the roads and prevent carnage.

Earlier in his address, the FRSC Lagos Sector Commander, Olusegun Ogungbemide recalled the old days when the Special Marshal attracted so many committed volunteers who were ready to contribute their quota to traffic management with professionalism and integrity.

Ogungbemide evoked the esprit de corps among Corp Marshals that were ready to serve the Nation with total responsibility and unalloyed interest towards promotion of safety culture, awareness and integrity on the roads.

He aligned with the earlier submission of the Deputy Governor of Lagos State that with committed Special Marshals and Corps Marshal combating bad mannerism on the road during the Ember Months and beyond, there will be great reduction in road accidents and carnage. Present at the FRSC Yearly Ember Months Safety Workshop are Corps Commander, Corps Marshals and Special Marshals from all over the country.