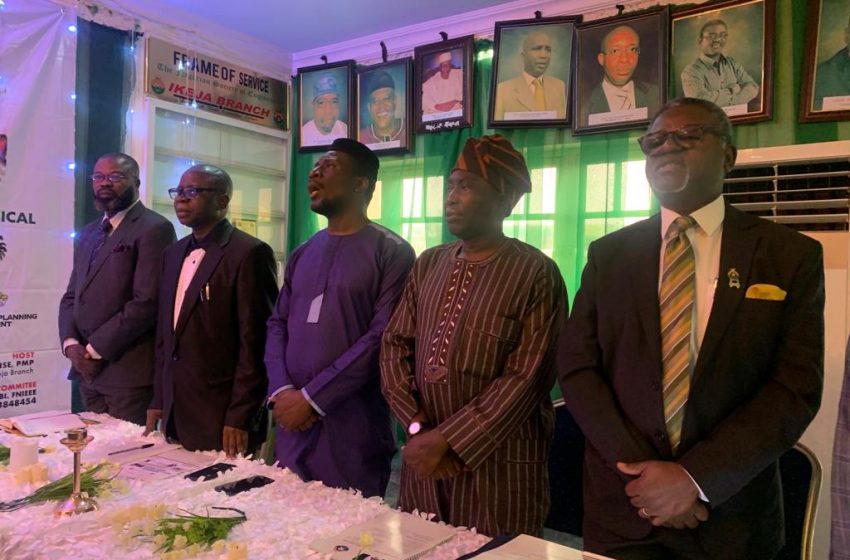 The Lagos State Government has urged professionals to rise against building collapse in the State.

The call was made by the Commissioner for Physical Planning and Urban Development, Dr. Idris Salako, at the sensitisation workshop on Building Collapse, organised by the Ikeja Branch of the Nigerian Society of Engineers (NSE) in commemoration of the Engineering Week at the Branch Secretariat, Agege.

The Commissioner, who was represented at the event by the Director of Technical Services, Tpl. Bola Aliu, said that the workshop was well-timed and aptly focused as conversations at this period centred around efforts to promote standards and ethical practices needed to eliminate building collapse in the State.

He pointed out that the Lagos State Government introduced several measures to halt building collapse, including the creation of the Lagos State Building Control Agency (LASBCA), an agency solely responsible for development control, the deployment of drone technology for monitoring the physical environment and the employment of about 100 young graduates in different professional fields including Engineers, Architects and Town Planners.

Other measures, according to the Commissioner, are regular identification and removal of distressed buildings and the automation of approval processes among others.