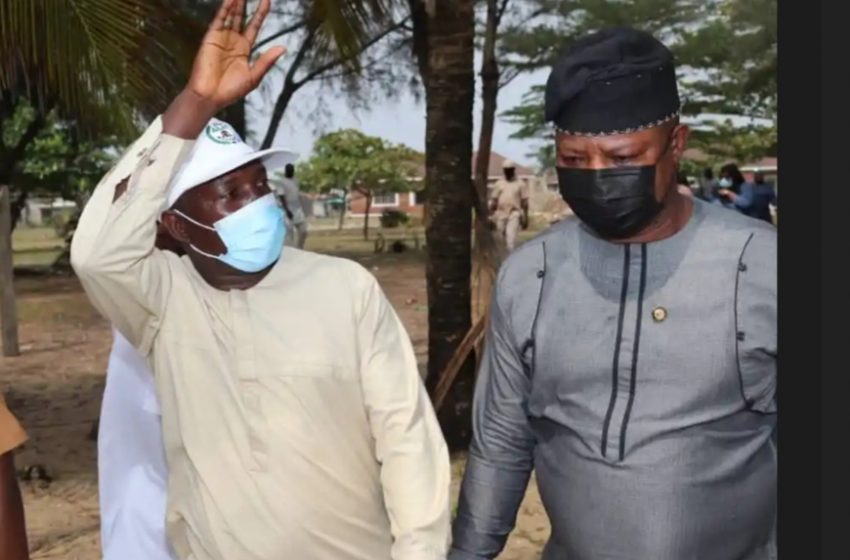 The Special Adviser to Lagos State Governor on Tourism, Arts and Culture, Mr. Solomon Bonu, has disclosed that the Obafemi Awolowo Museum located at the beach creek of Lekki LCDA headquarters will be restored by the Babajide Sanwo-Olu administration to serve its intended purpose.

Bonu spoke during his recent visit to the Museum and some other tourist sites under the supervision of Lekki LCDA, pointing out that the tour was to assess the museum, identify areas in need of face-lift and also enhance the blueprint of the museum such that it can continue to meet the expectations of both local and foreign tourists.

Acknowledging the past rehabilitation efforts of the Museum by successive administrations in the State, Bonu maintained that the current state of the museum calls for urgent attention from the government so that the memories of the late Sage can be preserved for posterity.

The Chairman of Lekki LCDA, Mr. Rasaki Bamidele Kasali, explained that his decision to extend an invitation to the Special Adviser was borne out of his genuine intention to revive tourism activities within the council and encourage more tourists to visit its various tourism sites.

His words: “The invitation extended to the Special Adviser to the Governor to embark on a tour of tourism and heritage sites within this council area was meant to further showcase the rich tourism sites in the LCDA and by extension, Lagos State”.

Kasali informed the delegation that tourism remains one of the major focal points of his administration, assuring that he will continue to do all he can to bring it to life.

The Chairman also expressed the readiness of the LCDA to partner with the State Government, as well as other interested tourism investors and stakeholders, in order to explore the competitive advantage of the local council in the area of tourism, arts and culture.

The Special Adviser, in the company of the Senior Special Assistant to the Governor on Tourism, Arts and Culture, Mr. Tunji Seymour; the Council Chairman, Mr. Rasaki Bamidele Kasali; the Council-Manager and some other principal officials of the council toured the Obafemi Awolowo Museum, visited the beaches and also went around the lakes and creeks within the council where he identified several other tourism potentials that can be harnessed to make the council self-reliant financially, through its IGR, from tourism activities.