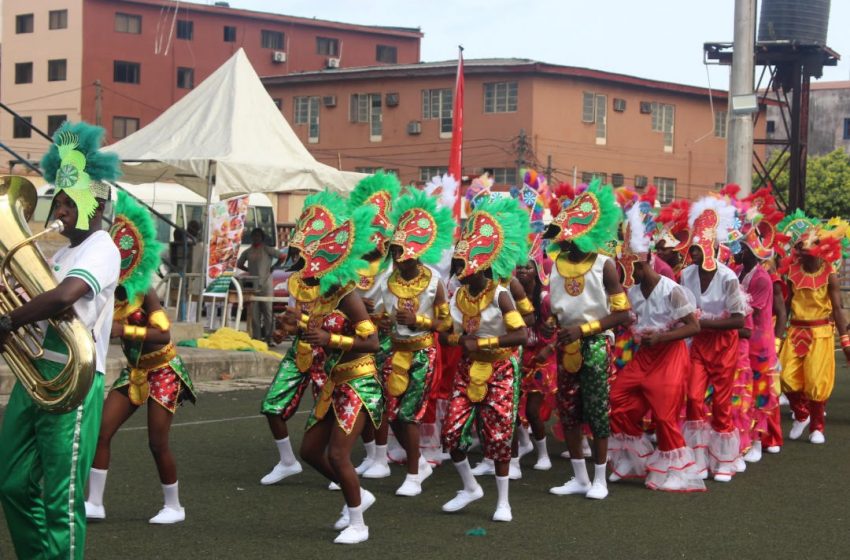 The Lagos State Ministry of Tourism, Arts and Culture, in collaboration with Brazilian Descendants Arts and Culture Association Lagos, has organised Popo Aguda Y2022 Easter Music Concert Extravaganza at the Campos Mini-Stadium on the Lagos lsland.

Speaking at the event, the Wife of the Lagos State Governor, Dr. Ibijoke Sanwo-Olu, commended the Ministry of Tourism, Arts and Culture for partnering with the Brazilian Descendants Arts and Culture Association to celebrate the Easter Fiesta, affirming that festivals and music concerts such as Popo Aguda Easter Music Concert encourage and promote interactions among residents.

The First Lady maintained that Lagos is a good multi-ethnic cultural, multidimensional Mega City that accommodates various nationalities, imploring all stakeholders to ensure that the annual celebrations continue to promote local culture, heritage and interactions with one another.

She averred that the Easter period is a season that signifies love, sacrifice and tolerance which every individual should portray, enjoining Lagosians to not only celebrate the period as Christians but to promote and sustain the foundation of love, peace and harmony.

Speaking on the historical background of the Popo Aguda Easter Music Concert, Dr. Sanwo-Olu said: “History has it on record that most of the Afro Brazilians travelled to West Africa to settle and the ones who settled in Nigeria, were referred to as Agudas. They settled in Lagos in particular and created the Brazilian quarters. I am happy that conversations about Lagos and Brazil’s historical bonds have not been completely relegated to the background”.

She noted with nostalgia that the Easter Carnival was normally marked on the Streets from Lafiaji to Olowogbowo in commemoration of the resurrection of Jesus Christ.

Observing that the Ministry of Tourism, Arts and Culture, in partnering with the Association, has infused some innovations into the parade like the traditional Bata Dance, Mrs. Sanwo-Olu said the Cultural Dance and the use of local fabrics like the Aso Oke, Adire and Ankara for costume also promotes our local tradition.

According to her, the Brazilian Descendants’ Arts and Culture Association deserves to be commended for initiating and sustaining the Easter Music Concerts, which serve as a platform to bring together all the families of Brazilian descendants to commemorate Easter in a special and unique way.

Her words: “From the Afro-Brazilian music and the normal delicacy, like the ‘Frejon’ that some of you must have tasted on Good Friday, there’s also the ‘Canjica’ that’s made out of Corn Powder; ‘Tapioca’ that is used to make the mega drink and many more like that. All of these are being put together so that one can infuse oneself into the Afro-Brazilian Culture”.

The Commissioner for Tourism, Arts and Culture, Mrs. Uzamat Akinbile-Yussuf, remarked that Governor Babajide Sanwo-Olu is committed to the promotion and marketing of the State’s potential in tourism through the display of rich cultural heritage by supporting Cultural Festivals and Music Fiestas.

Akinbile-Yussuf gave reassurance that Governor Sanwo-Olu will continue to support and promote events such as Popo Aguda Easter Fiesta as well as culture, tourism and entertainment in Lagos State.

In his contribution, the Special Adviser to the Governor on Tourism, Arts and Culture, Mr. Solomon Bonu, appreciated the organisers of the fiesta and assured them of continued support on the part of the State Government.