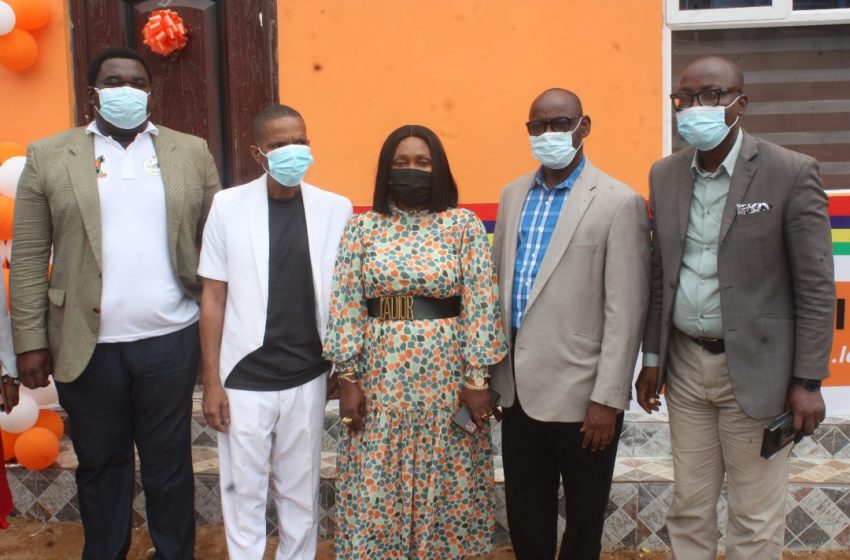 The Lagos State Health Management Agency (LASHMA) has set up another ‘ILERA EKO’ office in Epe Local Government Area of the State, thus making it the third of such offices to be commissioned in the past one month.

Speaking during the launch of the new office, the General Manager of LASHMA, Dr. Emmanuella Zamba, stated that the office is envisioned to ensure that residents within the Epe division have access to effective, quality and affordable healthcare services, urging residents of Epe and its environs to enrol for the Health Insurance plan.

The General Manager said that the opening of the office will enable residents in Epe to access prompt and cost-effective healthcare, stressing that the administration of Governor Babajide Sanwo-Olu is concerned about the well-being of Lagosians.

Zamba, represented by the Head of Business Development and Marketing of LASHMA, Mr. Olatunji Rotimi, listed the benefits of ILERA EKO Health plan to include outpatient care for common ailments and conditions such as malaria, management of uncomplicated chronic diseases such as hypertension, diabetes and asthma.

Other benefits, according to her, include the treatment of HIV and tuberculosis, minor surgeries such as incision drainage, herniorrhaphy, appendectomy, pharmaceutical care, health promotion and diseases prevention.

Her words: “The annual payment of N40,000 covers a family of six – Father, Mother with four Children below 18 years – and this premium automatically grants them access to a full year of uninterrupted healthcare in any hospital of their choice. An individual can also enjoy the same benefits with N8,500 annually at any hospital of his or her choice under the ILERA EKO Health plan”.

While noting that children that are 18 years and above would have to register under the individual plan, she disclosed that the Health insurance plan has options for a quarterly instalment policy for unions, groups and associations, scheduled to take off by the fourth quarter of the year.

The General Manager also revealed that “ILERA EKO” enrollees can also call or consult a Medical Doctor via audio or video calls to the toll-free line 0700ILERAEKO or 0800EKOMED from the comfort of their homes.

“LASHMA has registration points and enrollment officers in various Local Governments (LGs) and Local Council Development Areas (LCDAs) in the State. You can walk in freely to register or visit the LASHMA website www.lashma.com or www.lashma.lagosstate.gov.ng

In his remark, LASHMA Board representative, Dr. Eniola Erinosho, commended the efforts of the Agency, saying it is a testimony to its commitment to the realisation of the current administration’s Greater Lagos agenda.

Similarly, the Oloja of Epe, Oba Kamorudeen Ishola Animashaun, represented by High Chief Adebayo Adekore, commended Governor Sanwo-Olu for his determination and commitment towards the provision of Universal Health Coverage (UHC) in the State, noting that the Health insurance plan will provide opportunities for residents to be conscious of their health.

The Chief Imam, Epe Central Mosque, Alhaji Sahadalau Abiola Aliu, in his remark, appreciated the Sanwo-Olu administration for making the well-being of the people a topmost priority.