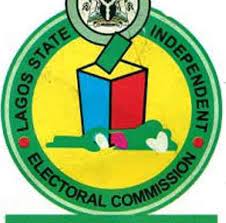 The Lagos State Independent Electoral Commission (LASIEC) has charged Persons with Disabilities and other vulnerable populations in the State to be active participants in the electoral processes so that the democratic space would be further strengthened and deepened.

The Permanent Secretary of the Commission, Dr. Olayiwole Onasanya made this known at a Stakeholders’ Sensitisation Workshop organised by the Commission with the theme: “Inclusive Election – A tool to Combat Voter Apathy”, adding that the programme is geared towards addressing the downward trend of voter apathy in the State.

He noted that the realities and treatment of the electorates, particularly the marginalised and underrepresented demographics: women, youth, and PWDs, are often part of the major reasons why voter apathy is on the increase in Nigeria’s electoral system.

In his words: “This programme provides a unique opportunity to encourage increased participation and change public perception of the abilities of persons with disabilities while providing them with a stronger political voice and recognition as equal citizens”.

Onasanya said LASIEC is committed to an actionable framework to ensure all-inclusive participation during Lagos State and national elections, saying “In a democratic society, every citizen, regardless of ability or disability, rich or poor, has the right to elect their leaders because, in the pursuit of a sustainable development, an all-inclusive process is a key factor that should not be left out”.

Reiterating the importance of the sensitisation programme, the Deputy Director of Lionheart Ability Leaders International Foundation, Solomon Okelola, said: “I want to encourage all PWDs everywhere, never let anybody look down on you and never look down on yourself, you are an equal citizen of society, come out and exercise that right to vote”.

The General Manager, Lagos State Office for Disability Affairs (LASODA), Mr. Dare Ogundairo, disclosed that the Office has collaborated with the Independent National Electoral Commission to provide special registrations to PWDs across the state and embarked on massive campaigns and advocacy programmes to sensitise people living with disabilities to be involved in electoral process not only to vote but also to be voted for.

INEC Resident Electoral Commissioner in Lagos, Mr. Olusegun Agbaje, who was represented by the Director of Voter Education, Mrs. Adenike Tadeshe said that the INEC policy framework on ‘Inclusion of PWDs’ is in line with all aspects of the electoral process in accordance with the new electoral law.

Tadeshe added that the Law makes provision for persons with disabilities and special needs to be assisted at the polling place by the provision of sustainable means of communication, such as Braille, large embossed prints, electronic devices and sign language interpretation to redress past marginalisation.