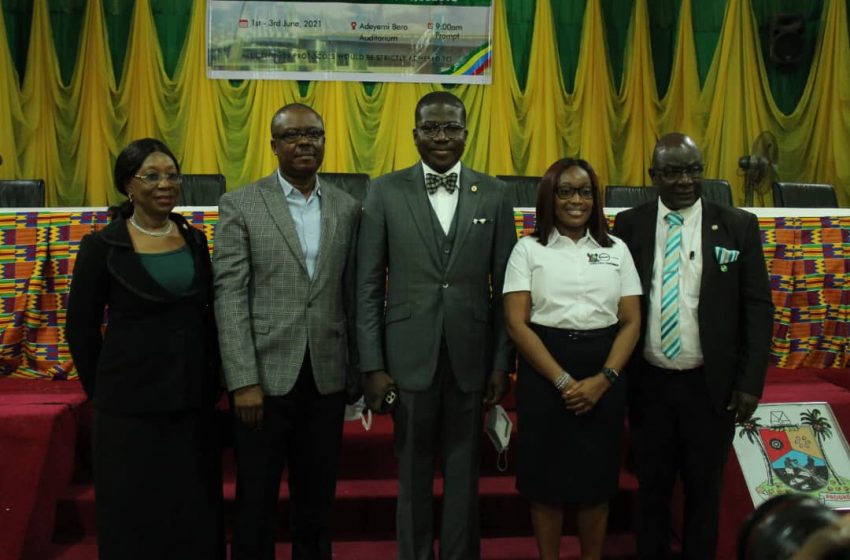 The Lagos State Head of Service, Mr. Hakeem Muri-Okunola, has underscored the need for senior government officials to keep abreast of emerging trends in global resilience as well as the need for an increased level of preparedness for present realities, especially in view of the global outbreak of COVID-19.

The HoS stated this while addressing Directors and Senior Officers across different Ministries, Departments and Agencies (MDAs) of government at Alausa, Ikeja, during a sensitisation workshop on “Imbibing Resilience Culture in Government Programmes/Projects”, organised by the Lagos State Resilience Office (LASRO).

He said that the training of the senior government officials become necessary in view of the new measures and evolving dynamics in resilience issues in the State with the hope of educating others for Lagos State to emerge stronger.

Muri-Okunola stated that the outbreak of COVID-19 last year, the destruction that followed the #EndSARS protest and the economic situation across the country further showed the importance of strategic resilience plans in place to address acute shocks and unplanned occurrences.

His words: “What we have been doing in Lagos State is that as much as we are building structures, we are also building individuals, by making sure that our system is designed in such a way that when issues that threaten our collective resilience come up, we will be better prepared to cope and the effect of such occurrences would be very minimal”.

Speaking further, the HoS said the strategies that the State Government put in place aided its quick victory over the first wave and a swift response to the second wave as well, stressing that all these attest to the resilience culture, nature and structure of the Lagos State Government.

In his address, the Commissioner for Economic Planning and Budget, Mr. Sam Egube, said the development of Lagos Resilience Strategy was part of the commitment of Governor Babajide Sanwo-Olu’s administration to improve the quality of life of Lagos residents, adding that the journey towards building a Resilient Lagos required the joint efforts of relevant stakeholders among which Public Servants play critical roles.

According to him, “Public Service Directors and other Senior Government Officials are very important stakeholders in our journey towards building a Resilient Lagos. Public Servants are the key drivers and engine room of the system that will ensure full implementation of the initiatives in the Lagos Resilience Strategy”.

He emphasised the need for the public service to begin to think from a resilience perspective in its approach to problem-solving, policy development, administration and governance, noting that State Officials cannot continue to do things the same way and expect different results.

“This is the time for the Public Service to retool for the future; the physical, social and economic challenges, new technologies and emerging realities,” he added.

Egube appreciated the Governor of Lagos State, Mr. Babajide Olusola Sanwo-Olu, for his exemplary leadership in the development of the Lagos Resilience Strategy and his readiness to ensure its full implementation, just as he called on Public Servants to ensure that they all contribute their quota to building the resilience of the State.

Also speaking, the Permanent Secretary, Ministry of Economic Planning and Budget, Mrs. Abiola Liadi, remarked that the Lagos Resilience Strategy seeks to put building blocks in place for the future of the State, urging Ministries, Departments and Agencies in the State Public Service, including Local Authorities, Communities, Non-Governmental Organisations, Academia and Private sector institutions to contribute their own quota towards the delivery of its vision.

She further reiterated that the Lagos Resilience Strategy was based on a shared vision of a stronger and more resilient city that is able to adapt to the demands of the 21st century and beyond, stressing that the Lagos State Resilience Office (LASRO) was in the driver’s seat to ensure that Lagos attains this vision.

The State Chief Resilience Officer, LASRO, Dr. Folayinka Dania, said that the implementation of the Lagos Resilience Strategy would make Lagos State to emerge even stronger from any shock it experiences.

Speaking on the theme, “Imbibing Resilience Culture in Government Programmes and Projects”, the Chief Resilience Officer maintained that being reflective, drawing inspiration from the past to plan for the future, planning properly, being resourceful and providing critical infrastructure that can meet the needs of the future of Lagos, are very critical to having a resilience culture in place across the State.

The CRO maintained that Lagosians have always been resilient and the strategy is designed to cultivate and harness flexibility in a way that improves the resilience capacity of individuals, communities, institutions, businesses and systems within the city as a whole.

Participants’ capacities were built on planning resilience programmes, mobilising funds for projects, using data for effective decision-making and achieving resilience in governance, through Public Service Re-orientation, with the overall aim of achieving a Resilient City.

One of the participants at the workshop, Mr. Peter Arowolo from the Ministry of Commerce, Industry and Cooperatives, described the sensitisation session as an eye-opener, which showed how the present administration intends to improve the living condition of its residents.

He further recommended that the sensitisation workshop should be regular to keep people informed about the need for Lagos to become a resilient city in line with the T.H.E.M.E.S. Agenda of the present administration.