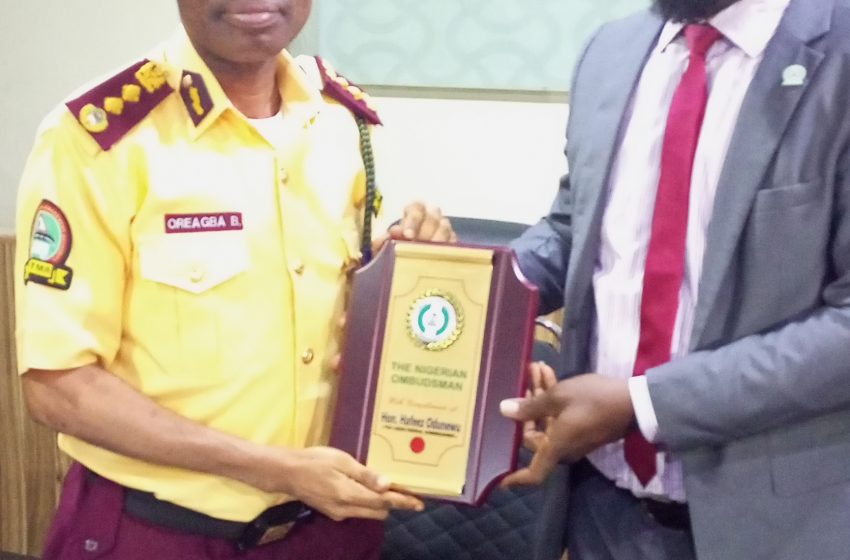 The Lagos State Traffic Management Authority (LASTMA) has called for mutual working collaboration between it and the Public Complaints Commission for sustainable peace in the State.

The General Manager of LASTMA Mr. Bolaji Oreagba made this call today during a courtesy visit of the Commission to the LASTMA Headquarters, Oshodi, Lagos.

Mr. Oreagba commended the Commission for giving hope to the hopeless and making sure complaints are promptly resolved after diligent investigation.

He pointed out that most Complaints from members of the public particularly motorists against officers of the Authority are frivolous in nature and are done out of wooing public sentiments.

“We wish to add by informing well-meaning and concerned Lagos residents and motorists that we have various windows through which complaints can be channeled for prompt action”
08174722227, 08100565860
WhatsApp line: 08129928579
Twitter:@followlastma
Instagram: EKOLASTMA
Facebook: EKOLASTMA

He, therefore, enjoined the general Lagos road users to abide by the State Transport Sector Reform Law 2018 as anyone caught on the wrong side of the law will be made to face the full wrath of the law.