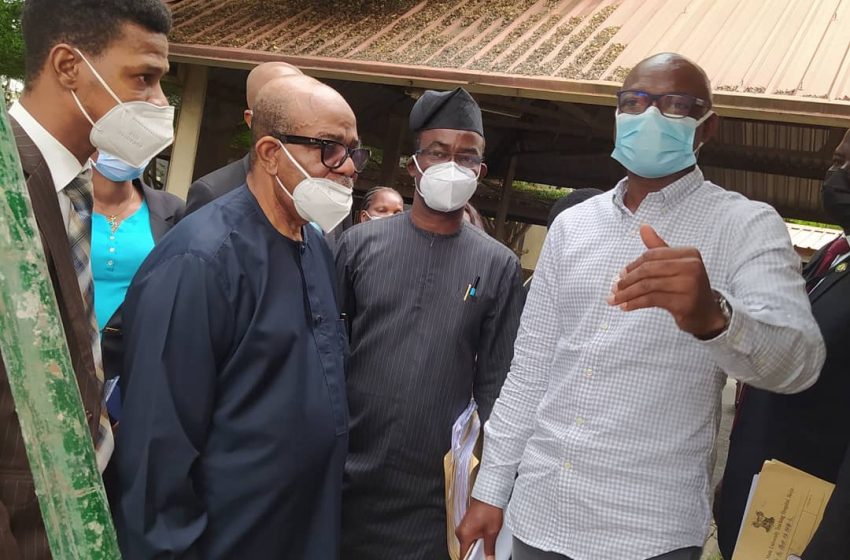 … Inspects on-going projects
The Chief Medical Director of Lagos State University Teaching Hospital (LASUTH), Prof. Adetokunbo O. Fabamwo and other members of the Top Management Committee, on Monday, 12th of July, 2021 paid a working visit to Trauma and Burns Centre annex of LASUTH at Gbagada General Hospital, to identify areas of intervention and also inspect on-going projects.
Alongside the CMD, the other members of the Management committee took a tour around the centre whilst asking the staff about their welfare, needs and working conditions.
Professor Fabamwo addressed the staff at the Trauma & Burns Centre by assuring them of quick responses in resolving the challenges being faced during the discharge of their duties. He also informed the staff of plans already being executed and other ones to unfold as motivation for effectiveness.
The Management staff present at the annex include, the Director of Clinical Service & Training, Dr. Adebowale Adekoya; Director of Hospital Administration & Human Resources, Mr. Kehinde Gbajumo; Director of Accounts, Mrs. Titilope Alaka; Deputy Director Nursing Services, Mrs. Adebola Aina amongst others.