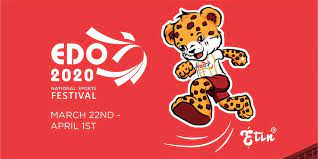 The Director-General of Lagos State Sports Commission, Mr. Oluwatoyin Gafaar, has commended athletes, coaches and other officials for the performance of Team Lagos at the just concluded 20th National Sports Festival tagged “Edo 2020” in Benin City.

Gafaar gave the commendation at a post-festival meeting with the Association’s Secretaries, Coaches, Sports Coordinators and some Management staff of the Commission held recently at the Mobolaji Johnson Sports Centre, Rowe Park, Yaba, noting that the State government appreciated the conduct of Team Lagos in Benin.

He said, “As the Co-coordinator of Team Lagos for the National Sports Festival tagged Edo 2020, I was highly impressed because we went, we saw and we put in our best”.

Thanking everybody for their efforts, particularly the Coaches training the athletes, Gafaar acknowledged that the athletes did their best, just like people working behind the scenes, who also contributed a lot to ensure the success of Team Lagos.

“Our fifth position on the medals table is not a true reflection of our ability. However, in about 12 months from now, another Sports Festival will be held in Delta State and we need to double our efforts in preparation for it. Winning medals is not only for the glory of Athletes but also for the Coaches, as such we must always acknowledge their contributions,” the Director-General noted.

Coach Janet Omorodion (Judo Coach), speaking on behalf of other coaches requested that the Lagos State Sports Commission should send them for refresher courses, training and seminars on new trends in modern coaching techniques as this will enhance productivity and optimum service delivery.