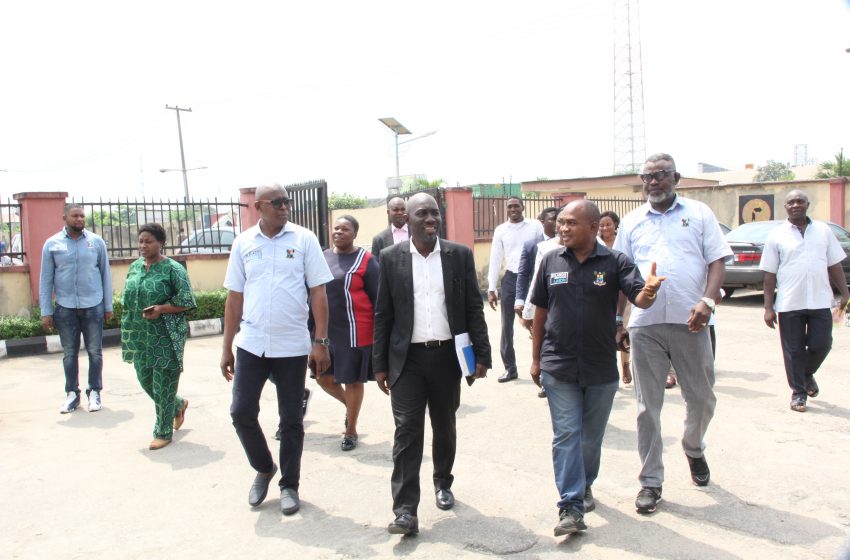 In line with the T.H.E.M.E.S development agenda of Governor Babajide Sanwo-Olu, the Lagos State Ministry of Transportation has charged it’s Agencies to drive new initiatives that will improve Traffic Management and Transportation in the State.

The Permanent Secretary in the Ministry, Engr. Abdulhafiz Toriola gave the charge during a visit to the Head Offices of the Lagos State Traffic Management Authority (LASTMA), Lagos State Drivers Institute (LASDRI) and the Lagos State Bus Service Limited (LBSL), all in Oshodi, saying traffic management and transportation is key to driving the economy of the State, hence it is in the front burner of the current administration.

Toriola admonished LASTMA Personnel to be alert in the wake of wanton destruction of road infrastructure by some defiant Motorists stressing that Officers deployed to different parts of the metropolis needs to be observant and proactive in the discharge of their duties.

The Permanent Secretary further urged the traffic management team to identify unauthorized bus stops used by recalcitrant commercial bus drivers with a view of curbing their excesses, declaring that yellow bus operators and commuters will be made to utilize approved bus stops as this will help reduce traffic congestion on the roads.

He equally charged LASDRI Officials to discharge the institute’s responsibility with utmost professionalism, noting that drivers need to put up positive attitude while on the road, stressing the need for their training and retraining. He re-emphasized the institute’s role at reducing road accidents.

The Transport Permanent Secretary further accentuate the need for the Lagos Bus Service Limited (LBSL) to look inward for new innovations that can improve its operation so as to be more efficient in the delivery of its services, and also the need for continuous training of the bus drivers by LASDRI.

In response, to the Permanent Secretary’s charges, all Heads of the Agencies visited assured of their utmost cooperation in achieving the agencies statutory mandates.