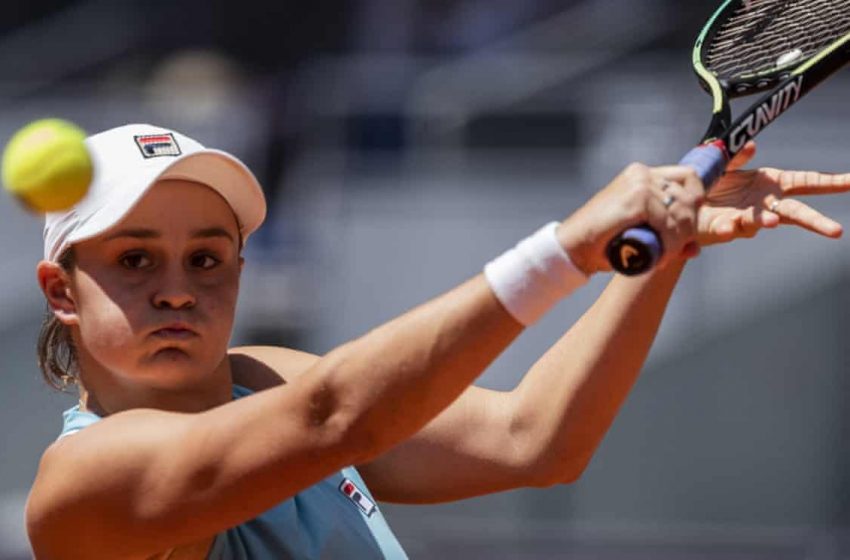 Ash Barty is living in a bubble at the moment – and appears to be playing in a world of her own too. Australia’s extraordinary champion has made it to another major final, successfully negotiating the difficulties of another confined, bio-secure sporting event to stand on the brink of a fourth triumph of the year at the Madrid Open.

After defeating Spain’s Paula Badosa 6-4, 6-3 in Thursday’s semi-final to spoil the fun of the crowds returning to the Caja Magica, Barty was asked if she had had any chance to go sightseeing in one of Europe’s finest cities.

“No, we’re in a bubble here. Like all the other players, we respect the rules and abide by the rules,” explained Barty. “Madrid is a beautiful city – but I know Madrid is not going anywhere. We can come back and visit all the spectacular parts of the city. But for now, we do the right thing.”

And doing the right thing for Barty these days means only one thing – winning. Her victory, over a dangerous 23-year-old wildcard Badosa who was the last player to defeat her just a month ago on the unusual green ‘clay’ of Charleston, took Barty’s winning streak on the red clay to 16 matches over two years.

She made it look as inevitable as the statistics suggested it ought to be to set up another final on Saturday against Belarusian Aryna Sabalenka, who later beat Russian Anastasia Pavlyuchenkova 6-2, 6-3. Not that Barty watched that one as she admitted afterwards: “It’s a late match and I’m not quite on Spanish time yet. “I’m Australian – early to bed, early to rise so I don’t think I’ll be watching that one.”

Barty now stands on the verge of back-to-back European clay court titles, having beaten the powerhouse Sabalenka in the Stuttgart final a fortnight ago. One of her great strengths is how she is adapting beautifully to all opponents and conditions as she goes along – just as Badosa had feared she would after her Charleston win.