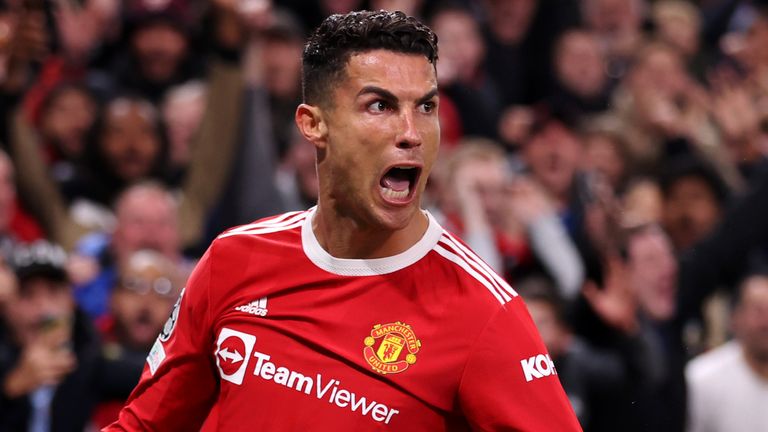 Manchester United needed another Champions League fightback finished off by Cristiano Ronaldo as they came from two goals down to beat Atalanta 3-2 at Old Trafford on Wednesday.

Goals from Mario Pasalic and Merih Demiral had Ole Gunnar Solskjaer’s men on course for a fifth defeat in eight games.

However, United’s attacking arsenal blew the Italians away after the break as Marcus Rashford and Harry Maguire drew them level before Ronaldo powered home a header nine minutes from time.

Questions will continue to be asked of Solskjaer’s ability to get the best out of such a richly talented squad.

But a much-needed win to move to the top of Group F eases the mounting pressure on the Norwegian.

Rashford was handed his first start of the season after shoulder surgery and should have scored after just three minutes when he fired wide when clean through on goal, although the offside flag was later raised against the England international.

United’s major problems, though, have come at the other end as they have now kept one clean sheet in 20 games.

Atalanta played through the hosts with ease for the opening goal as Josip Ilicic fed Davide Zappacosta down the right and his low cross was turned home by Pasalic.

Fred was denied an instant equaliser by a brilliant save from Juan Musso before United were easily breached again.

Maguire endured a torrid return from injury against his former club at the weekend and was outjumped by Demiral as the Turkish defender headed home from a corner.