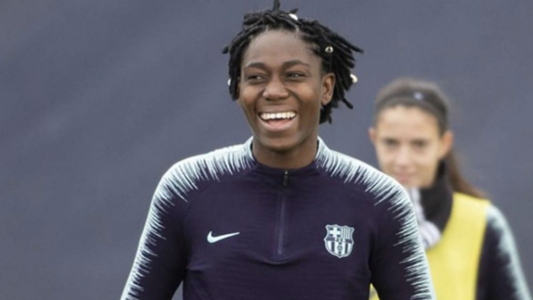 Reports in Spain yesterday claimed Barcelona are willing to listen to offers for the striker, who is their top scorer this season.

Oshoala’s current deal with Barcelona will expire in 2022 and it is still unclear whether the club is going to offer an extension in order to prolong her stay in Catalunya.The former Arsenal and Liverpool ladies forward will miss Lluís Cortés’s side champions semi-finals against PSG or Lyon, domestic cup quarterfinals against Sevilla, and the last nine league games.