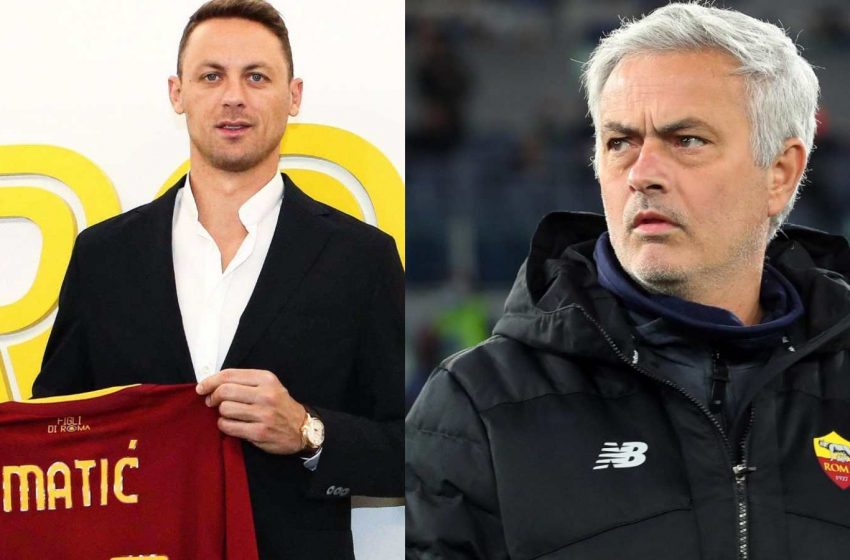 Nemanja Matic was reunited with his old boss Jose Mourinho at Roma on Tuesday after the Serie A club announced the Serbian’s arrival as a free agent.

In a statement, Roma said that former Serbia midfielder Matic has signed a one-year deal with an option for a second season, with Italian media reporting that he will earn 3.5 million euros the coming campaign.

“I am pleased and honored to be joining this club and I cannot wait to start the new season with my teammates,” Matic said.

“Roma is a big club, with amazing fans and a coach, Jose Mourinho, who is well known to everyone – making the decision to come here very straightforward

“I hope that by working together we are able to achieve some great things.”

The 33-year-old was released by Manchester United after five seasons at the Premier League giants in which he failed to win a single trophy.

He had been taken to United by Mourinho in 2017 after having been signed for Chelsea while the Portuguese were in his second spell in charge at the London club.

He won the Premier League title twice at Chelsea, under Mourinho and Antonio Conte, and was reportedly requested explicitly by the Roma coach.

Mourinho took over at Roma last summer and has rehabilitated his reputation as a coach after difficult spells at United and then Tottenham Hotspur.

Seen by many as yesterday’s man, Mourinho won Roma the inaugural Conference League last month, their first-ever major European honor and the first trophy of any type since 2008.

He also led Roma to the Europa League via a sixth-placed finish in Serie A and has got the best out of a clutch of talented players, including Italy midfielder Lorenzo Pellegrini and former Chelsea forward Tammy Abraham.