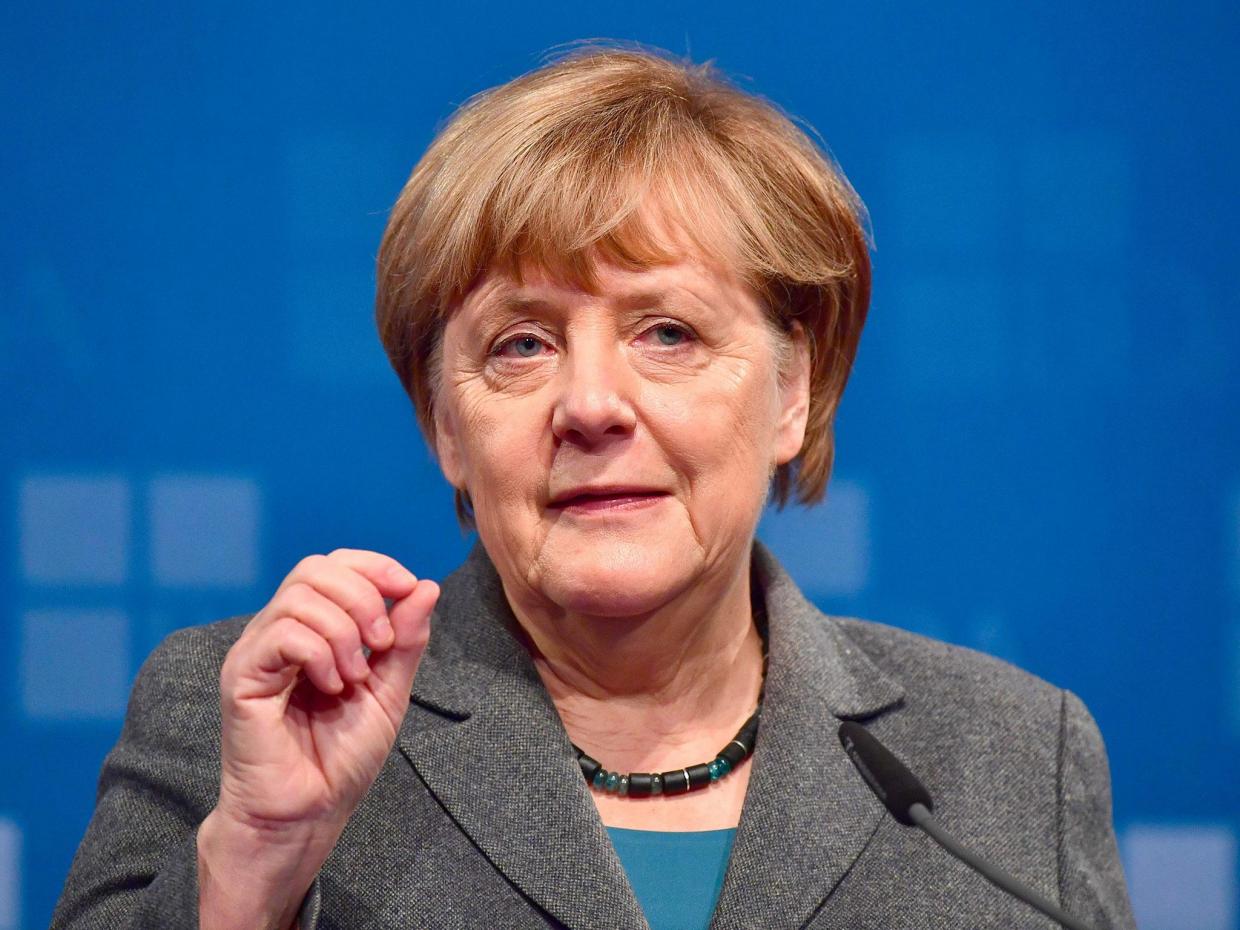 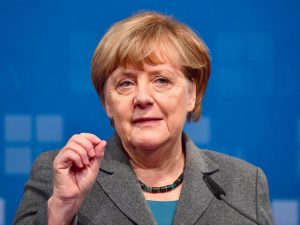 The shock election of Donald Trump as US president has forced greater responsibility for defending Western values and interests onto German Chancellor Angela Merkel’s shoulders, analysts say, with some even crowning her the new “leader of the free world”.
While the last decade has been defined by Britain, France, Germany and the US showing a largely united front on issues ranging from NATO affairs to defense of basic freedoms, the coming four years may present a more fragmented picture.
During his campaign Trump signalled a protectionist and anti-immigration stance, while Britain is preoccupied with securing its future outside the European Union after June’s stunning referendum vote to exit the bloc.
France’s President Francois Hollande is grappling with record low ratings ahead of next May’s election that could see far-right Marine Le Pen reaching the second round run-off vote.
Merkel, after 11 years at the helm, now looks increasingly like the only bulwark of stability and liberal freedom among Western allies.
“Merkel… has suddenly become the most important leader of the free, democratic and liberal world,” said the left-leaning TAZ daily.
The historian and columnist Timothy Garton Ash agreed in an editorial for Britain’s Guardian newspaper: “I’m tempted to say that the leader of the free world is now Angela Merkel.”
Rather than visit Britain — a natural stop for any US leader given the two countries’ special relationship, US President Barack Obama is travelling Wednesday to Berlin on his last official trip to Europe, in what almost seems like the passing of a baton to Merkel.
Ahead of the visit, Obama said Merkel “has probably been my closest international partner these last eight years”.
– Countering Putin or Erdogan –
Merkel’s striking message to Trump after his victory was not lost on observers — where her peers simply pledged close ties, she tied them to democratic values.
She said that any “close cooperation” must be on the basis of the “values of democracy, freedom, respect for the rule of law and human dignity, regardless of origin, skin color, religion, gender, sexual orientation or political belief”.
The remarks indicated the German leader is likely to accept — perhaps grudgingly — the mantle of “leader of the real, remaining West and remind Trump of values”, said Die Welt daily.
“She is more than ever the woman who is countering men like Russian President Vladimir Putin or Turkish President Recep Tayyip Erdogan,” said the TAZ.
Merkel, 62, does not have Obama’s oratorical flourishes but her voice is increasingly forceful on the world stage.
She put her fluent Russian to good use in mediating in the Ukraine conflict with Putin.
When most European countries were busy shutting their doors to refugees fleeing war in predominantly Muslim countries, Merkel let in nearly 900,000 people last year — a stance that Trump branded “insane”.
– ‘Can’t do this alone’ –
Trump, who pledged to deport millions of undocumented migrants from the US, made anti-immigrant policies a key plank of his campaign.
And few expect him to take take the lead in countering Putin, given his open praise for the Russian strongman.
If Trump makes good on his promises to rip up deals on free trade, climate change and Iran’s nuclear programme, as well as reconsider protection for NATO allies that haven’t paid their dues, it could spell the end of the United States’ post-World War II role as the guarantor of world peace.
Stefani Weiss, an expert on European integration and foreign policies at the Bertelsmann Foundation, said the US had started to retreat as “world police” under Obama and cede more responsibility to Europe.
“This is a trend that will likely prevail and intensify with Trump’s presidency,” she said.
It remains to be seen how effectively Merkel can push her agenda on the global stage, if Trump, as leader of the world’s biggest economy, adopts contrary policies on migration, climate change and sanctions targeting Russia.
Although it has economic weight, Germany’s political influence remains limited and it is not even a permanent member of the UN Security Council.
While the US has the military might to lead a multi-nation coalition fighting the Islamic State organisation, Germany has participated on a far smaller scale.
Merkel is probably now the “strongest leader in the liberal world but she can’t do this alone”, said Daniela Schwarzer, director of the DGAP think-tank.
– Fourth term? –
Observers say Trump’s White House win has made it imperative for her to declare her candidacy for a fourth term in elections next year and offer the West a beacon of stability.
“She has shown that she is very committed to keeping the European Union together… that task is even bigger now than it was before the American election and so I would think that she might feel that the job isn’t quite done,” said Schwarzer.

Trump’s election has also given Merkel a popularity bounce.
Before November, only around two in five (44 percent) Germans wanted Merkel to stay on as anger mounted domestically over her liberal refugee policy.
Surveys over the past week show support at 60 percent.