Sanwo-Olu: We’ll Provide Support For Digital Switch Over In Lagos .

40th Wedding Anniversary: My Crossing the Niger worth it- Ondo First Lady. 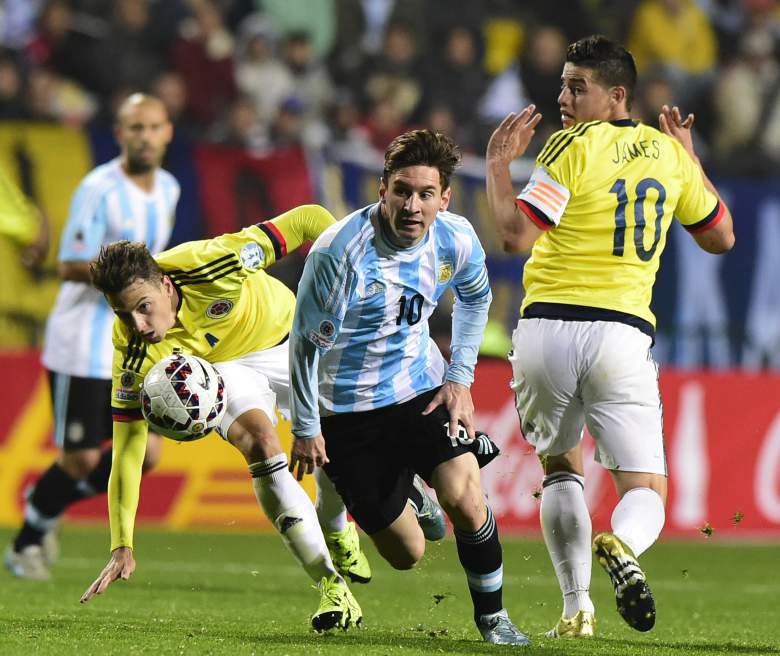 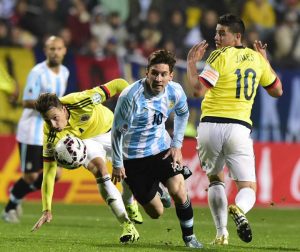 Lionel Messi produced a magical display to get Argentina’s World Cup qualification back on track Tuesday as Brazil notched their sixth consecutive victory to put one foot in the 2018 finals in Russia.
Messi curled home a stunning 30-yard free-kick and set up goals for Lucas Pratto and Angel Di Maria in a 3-0 win over Colombia in San Juan.
The victory elevated Argentina into the qualifying places after a disastrous run of results which saw them take just two points from their previous four games.
But the feelgood factor generated by the result was overshadowed by a media boycott imposed by a furious Messi and his Argentina team-mates after the final whistle.
Messi said the Albiceleste’s players were incensed by a claim made by an Argentine journalist that forward Ezequiel Lavezzi had been caught smoking marijuana in the camp.
Lavezzi, who was not included on the substitutes bench against Colombia, has angrily denied the claims.
“We have made the decision not to talk to the press anymore, obviously you know why,” said Messi, who has an often tense relationship with Argentina’s media.
“There were a lot of accusations, a lot of disrespect, and the accusations they made against ‘Pocho’ (Lavezzi) are very serious.
“We know that most of you guys don’t play that game of disrespect. We can be criticised if we lose, or win, or if we play well or badly. But this is getting into personal lives. If we don’t put a stop to it now, we’ll never stop it.”
Tuesday’s win left Argentina in fifth spot in the 10-team standings, with 19 points from 12 games. The top four sides qualify automatically for the 2018 finals while the fifth-placed team goes into a play-off with the first-placed team from the Oceania zone.
– Brazil coasting to Russia –
Colombia meanwhile slipped to sixth place following the defeat, one point behind Argentina.
While Argentina have made hard work of qualification so far, Brazil appear to be coasting towards Russia.
Only a miraculous sequence of results is likely to deny them an automatic qualifying place following Tuesday’s 2-0 win over Peru in Lima.
Manchester City-bound teenager Gabriel Jesus was the hero once more, scoring one goal and laying on another for Renato Augusto to give Brazil a sixth consecutive win under new coach Tite.
The result left Brazil four points clear at the top of the standings with 27 points from 12 games.
In qualifiers for the 2010 World Cup, 28 points was enough to guarantee automatic qualification.
With six games left, Brazil should be safe with something to spare.

In Santiago meanwhile, Chile continued their recovery with a hard-fought 3-1 win over Uruguay.
Arsenal star Alexis Sanchez was the hero, scoring twice for the Chileans in the second half after Eduardo Vargas had cancelled out Edinson Cavani’s first-half opener for Uruguay.
Sanchez and Chile had risked the wrath of Arsenal boss Arsene Wenger after playing despite injuring a hamstring during training last week.
Wenger had expressed fear Chile had made a “suicidal” decision by playing Sanchez after the injury.
But the in-form striker showed no sign of ill-health with two well-taken goals to seal a crucial three points.
Manchester City goalkeeper Claudio Bravo saved a late penalty from Luis Suarez as the two-time Copa America winners hung on for the win.
In other games Tuesday, Bolivia jolted Paraguay with a 1-0 win in La Paz while Venezuela slipped to the bottom of the standings after Ecuador coasted to a 3-0 victory in Quito.
Ecuador are now third in the standings, three points behind second-placed Uruguay.