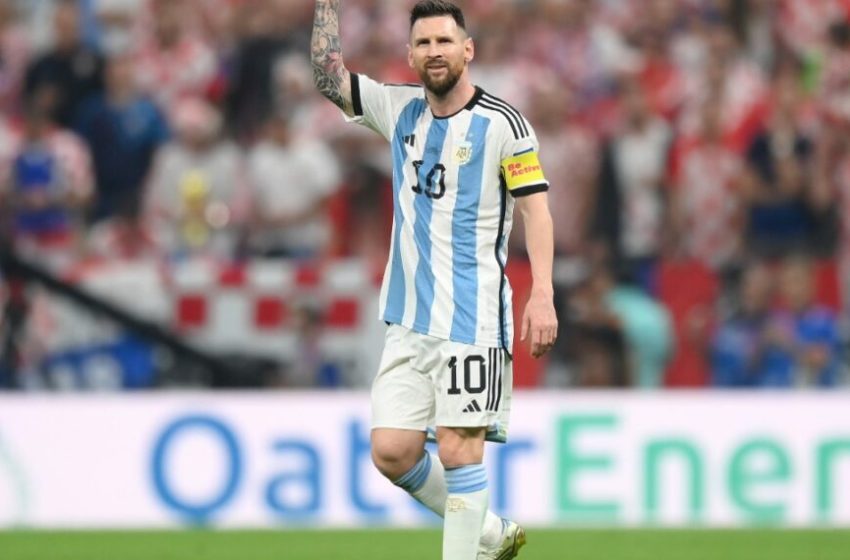 Lionel Messi scored a goal and provided an assist as Argentina progressed into the final of the 2022 World Cup in style with a 3-0 win over an underperforming Croatia team on Tuesday at the Lusail stadium.

Messi set the tone for Argentina with a goal from the penalty spot in the 34th minute after the Croatian goalie Dominik Livaković was adjudged to have committed a foul on Julian Alvarez.

Alvarez himself was on hand to double Argentina’s lead five minutes after having wriggled his way through the Croatian defence and was further aided after a misstep by Borna Sosa, as he made it 2-0.

Despite enjoying a two-goal lead at the start of the first half, Argentina were not willing to take their feet off the pedal.

A moment of brilliance from Messi again saw him getting past the Croatian defenders before laying a pass to Alvarez who tucked in for his second goal of the night and effectively sealed the final ticket for Argentina.

While this is the sixth time Argentina are making it to the final, it is the second time Messi is leading the South American side this far having also done the same in 2014.

Messi and his Argentina teammates will know on Wednesday who their final opponents will be between France and Morocco who will be battling it out in the second semi-final.