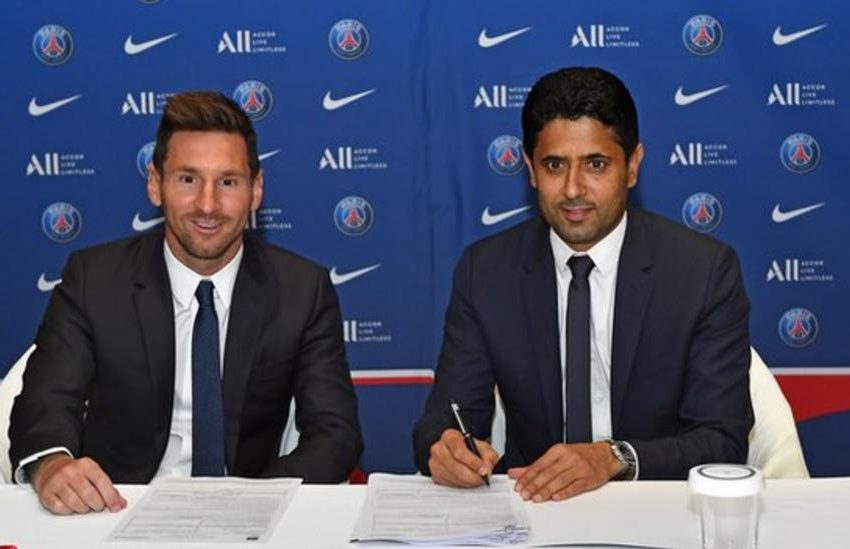 Lionel Messi will complete his long-awaited move to Paris Saint-Germain, and in this live blog we will keep you up to date with the latest news and updates surrounding the Argentine forward.

Messi, who bid farewell to Barcelona in a press conference on Sunday, had remained at his home in Castelldefels until Tuesday afternoon, despite hundreds of PSG fans gathering to wait for his arrival at the city’s main airports, as well as the Parc des Princes, on Monday.

There were reports late on Monday night that Barcelona had made a last-ditch attempt to get Messi to renew, but that has been denied by several high-profile journalists. Instead, the 34-year-old will put pen to paper on a two-year contract with the option of a third at PSG, where he will have a reported net salary of 35 million euros per year.

PSG president Nasser al-Khelaifi said: “I am delighted that Lionel Messi has chosen to join Paris St-Germain and we are proud to welcome him to Paris, with his family.

“He did not hide his desire to continue to evolve at the highest level and to win trophies. The ambition of the club is of course identical.

“The addition of Leo to our world-class team confirms the relevance and success of our recruitment. Together with our great coach and his staff, I look forward to seeing our team make history for all of our supporters around the world.”

Considered one of the greatest players of all time, Messi scored a record 672 goals in 778 games for Barca, the club he joined as a 13-year-old.

The striker has won the Ballon d’Or a record six times and lifted 35 trophies with the Catalan club.

Messi, who will wear the number 30 shirt, will play in a front three alongside the two most expensive players of all time – Neymar and Kylian Mbappe.