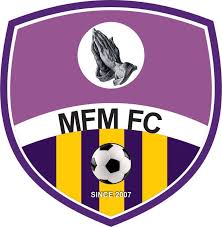 Players and officials of Mountain of Fire and Prayer Ministries (MFM) Football Club of Lagos were yesterday tested for COVID-19 ahead of the Nigerian Professional Football League (NPFL) kick-off.

Although the kickoff date for the season has not been announced by the League Management Company (LMC), the club said it decided to conduct the tests (second time) to put the players in good stead for the competition when it finally begins.

MFM Coach, Tony Bulus, told The Guardian at the weekend that the test is also in compliance with the safety guidelines the League Management Company (LMC) expects every club to comply with before the league commences.

He disclosed that the team is in high spirit waiting for the season to begin, adding that they will continue to follow the protocol demanded by the LMC and other agencies responsible for the club’s wellbeing in this COVID-19 era.

Bolus also revealed that MFM FC has stepped up preparations for the league with strict training sessions to make the players 100 percent fit for the challenges ahead.

“MFM players will have their second phase of COVID-19 test on Monday. The team was split into two groups because the hospital cannot accommodate 40 players in a day.

“The first set of players had their test last week while the second test is on Monday. You should realise that there are special days of the week COVID-19 tests are done. My players are in the right frame of mind for the league to kick off after a long time,” he said.

He added that the management of the club has provided the required facilities and other logistics that would aid the club to success in the forthcoming season.

Bulus said the club’s ambition is to play in the continent, adding that the team’s management and sponsors have provided everything needed to keep the squad ready for the battles ahead.