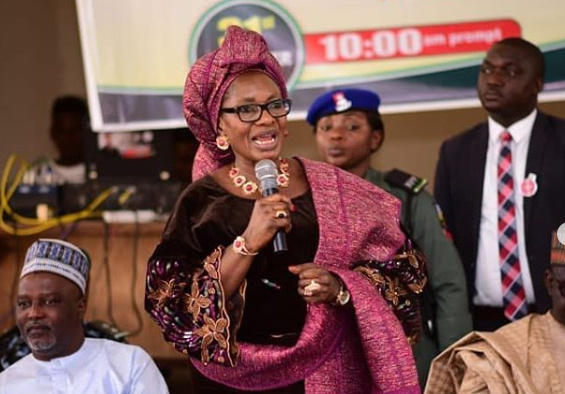 Minister of Women Affairs, Pauline Tallen, has assured the vulnerable, especially widows and single mothers, of access to the COVID-19 vaccines, urging gender parity in the administration of the jabs.

Speaking at the distribution of palliatives to 93 women groups at an event to commemorate International Women’s Day (IWD) and Mother’s Day yesterday in Abuja, the minister urged the governors and their wives to replicate the advocacy in the states.

“I am sure Mr. President will ensure that there is an equal distribution between the men and women. So, gender parity will be properly addressed.

“We are committed to reaching more women not just in the FCT, but across the country,” she added.

IN a related development, experts, yesterday, held that the coronavirus outbreak had spiked cases of Gender-Based Violence (GBV).

During the commissioning of Hearts of Hope Shelter by Cee-Hope Nigeria in partnership with Hearts100 in Lagos, the professionals decried the spate of GBV in the country, stating that the government needed to build more shelters to accommodate victims.

According to them, the rising incidents have resulted in deaths in most scenarios.

Founder of Cee-Hope Nigeria, Betty Abah, regretted that the start of the COVID-19 pandemic, physical battery, sexual violence and other forms of domestic aggression have been on the increase.

The upsurge, she pointed out, could be “because either the victim is locked in with his/her abuser owing to lockdown measures or loss of livelihoods which imposes immense pressures.”

She said it is for this reason that GBV has long been tagged ‘an epidemic within an epidemic’ with women and girls the major victims.

“We are witnessing a major economic recession and in the background, the widespread rape culture and gender stereotypes fuelled by a dominant patriarchal tradition only aggravate things. But all these realities would not have been so scary were we a nation with an adequate support system to extend to victims. Shelters and safe houses to take in victims of GBV are grossly inadequate, to put it lightly,” Abah added.

To environmentalist and Director, Health of Mother Earth Foundation (HOMEF), Dr. Nnimmo Bassey, GBV is like a regular feature daily, lamenting that very little is being done to check the trend, as “some of the people who are supposed to enforce the law against such abuses are also protagonists.”

In her remarks, Founder/Executive Director of Project Alert on Violence against Women, Josephine Effah-Chukwuma, who decried the dearth of shelters for the abused, said the abnormality has become the norm and part of daily life in the country.

She said: “People live in a country where impunity reigns. A patriarchal society that makes men feel abusing women and girl children is proper. The abnormal has become normal, which is destroying the society.”