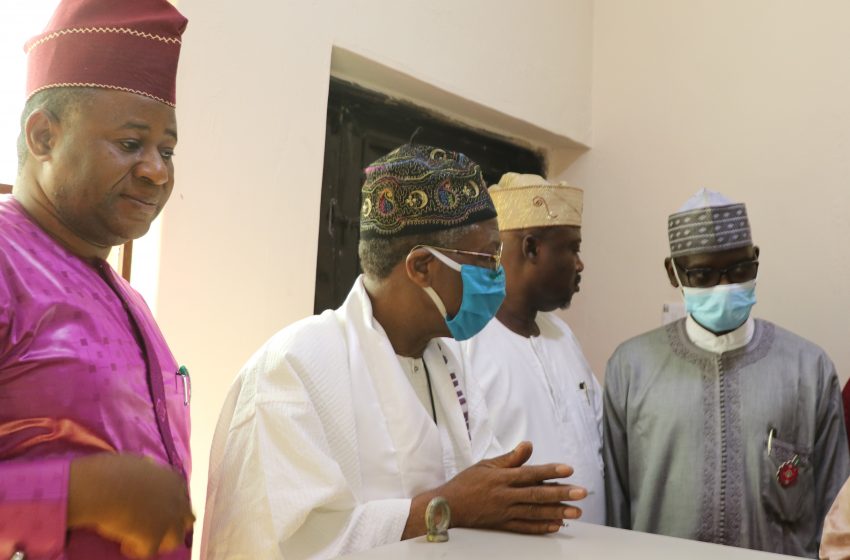 The Minister of Information and Culture, Alhaji Lai Mohammed, has challenged the Nigerian broadcast media to take the lead in telling the Nigerian story in order to guard against distortion of facts by a section of the foreign media.
The Minister gave the challenge in Oko, Oyo State while commissioning the 89.3 FM Station on the stable of the Federal Radio Corporation of Nigeria on Saturday.
“Please permit me to use the occasion of this commissioning to challenge broadcast media in Nigeria to take the lead in telling the Nigerian story, especially by informing the people about the various projects of government and their impact on the people.
“A situation in which foreign broadcast stations arrogate to themselves the power to tell our own story gives room for distortion of facts, the type of which we saw recently when CNN reported that 38 people were killed at the Lekki Toll Gate during the EndSARS crisis, only to backtrack and review the number to one – after 35 days of what it called exclusive investigation,” he said.
Alhaji Mohammed noted that had the local broadcast media lived up to their billing, CNN would have relied on them for news about EndSARS in particular and other happenings in Nigeria, in general, stressing that the broadcast media would have saved Nigeria from the one-sided, unfair, unbalanced and jaundiced narrative that CNN foisted on the world under the guise of exclusive investigation.
“A situation in which the local media will rely and quote a foreign broadcast media, for an event that happened in Nigeria, is an anomaly. It has to stop,” he said.
While quoting a website www.lifelineenergy.org, to underscore the critical role of radio in public communication in particular, the Minister said ”radio goes where newer technologies can’t. – Beyond electricity, beyond a mobile signal, beyond literacy. It’s the most effective way of delivering information in remote corners where having the right knowledge can mean the difference between a harvest and hunger, between feeling confident or humiliated, or even between life and death.”
He commended the Chairman, House of Representatives Committee on Information, National Orientation, Ethics and Value, Mr. Olusegun Odebunmi, for initiating the project, adding that this is the first time ever that a Federal Lawmaker is initiating the construction and equipping of a radio station as his constituency project.
Alhaji Mohammed implored the people of Oko and its environs to take ownership of the radio station, guard it jealously and ensure its viability.
In his remarks, the Chairman, House of Representatives Committee on Information, National Orientation, Ethics and Value, Mr. Odebunmi, said information is power but that it will be less effective without the means to transmit it in order to counter fake news and hate speech that are threatening the peace and unity of the country and the world in general.
The Director-General of the Federal Radio Corporation of Nigeria, Dr. Mansur Liman, and the management staff of the Corporation, traditional rulers as well as religious and community leaders attended the inauguration of the radio station.
The Minister and Mr. Odebunmi were the first guests to feature on the live discussion program on 89.3 FM ‘Ogo Ilu’ station