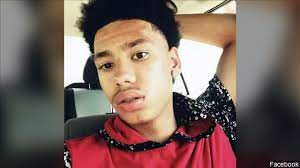 The officer who fatally shot a Black man during a traffic stop near Minneapolis mistakenly confused her gun for her Taser, police officials said on Monday, quickly releasing video as they tried to ease tensions in a state on edge over the Derek Chauvin trial.

In a brief clip of body camera video, officers from the Brooklyn Center Police Department can be seen trying to handcuff the driver, Daunte Wright, before he suddenly lurches back into his car. One of the officers aims a weapon at Mr. Wright and shouts, “Taser! Taser! Taser!”

She fires one round, and Mr. Wright groans in pain.

“Holy shit, I just shot him,” the officer can be heard shouting.

Late Monday, the officer who fired the fatal shot was identified as Kim Potter, who has worked for the department for 26 years.

The announcement came as protesters faced off with the police. Hundreds had gathered outside the Brooklyn Center police station for the second consecutive night, defying a new 7 p.m. curfew in a steady rain.