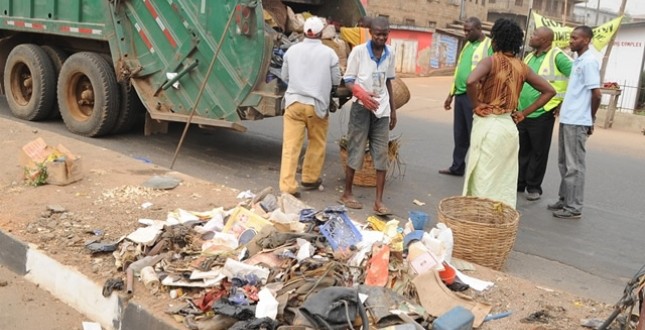 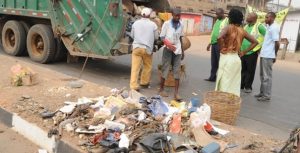 It was with mixed feelings Lagos residents yesterday received news of the cancellation of the monthly sanitation by the state government.
As the age-long practice was, Lagosians had looked forward to another three hours shutdown tomorrow, being the last Saturday of the month, before government’s cancellation of the monthly exercise threw up a groundswell of reactions.
Those who supported government’s decision said it would give people time to go about their economic activities on the last Saturday of the month. However, people who opposed the decision said the cancellation could result in making the environment dirtier than the present situation.
The state government, in a statement by the Commissioner for Information and Strategy, Mr. Steve Ayorinde, on Wednesday had said the decision to cancel the monthly exercise followed a resolution arrived at Wednesday’s Executive Council meeting, which approved the need for a robust review of the environmental laws and procedures in the state in order to meet the present day challenges and to promote a clean and healthy environment.
It noted that considering the present economic situation in the country, it was no longer appropriate to restrict movement of people for three hours in a mega city like Lagos at a time they should be pursuing commercial and entrepreneurial activities.
It would be recalled that on November 9, the Appeal Court in Lagos nullified the monthly environmental sanitation in the state, saying it was illegal and ordered the government not to restrict people’s movement on that day.
Justice Ugochukwu Ogakwu of the Court of Appeal, Lagos Division held that in the absence of a written law prescribing the same, the governor’s directive for people in Lagos to stay at home and not to move about thereby restricting movement of persons within the hours of 7:00a.m. to 10:00a.m. on the last Saturday of every month was unlawful, illegal and unconstitutional.

But the Deputy Majority Leader of the Lagos State House of Assembly, Olumuyiwa Jimoh, yesterday expressed his reservation over the cancellation, saying there is no justification for it.
The lawmaker, who is representing Apapa constituency II, argued that by the nature of man, government would require some level of enforcement to ensure that people comply with environmental laws.
According to him, “that is the only alternative way to coerce our people to obey the law. Ordinarily, it is the nature of man to disobey laws. Telling them to clean their environment will be difficult without government enforcing it. I don’t see the justification as Olumuyiwa Jimoh.”
However, traders at Mile 12 produce market have lauded the cancellation of environmental sanitation, saying it would boost economic activities. Mr. Femi Odusanya, spokesperson, Mile 12 Traders Association, said: “The government’s decision was quite thoughtful. It has become unnecessary restraining people’s movement for three hours in this economic recession.

“Many people bringing goods from the North wait at the expressways till sanitation ends but now our goods will get to the market early with reduced waste.”
He, however, noted that the cancellation has placed huge responsibility on the traders to intensify and maintain a clean and healthy environment while pursuing economic gain.
Similarly, Eke Ubiji, Executive Secretary, National Association of Small and Medium Enterprise (NASME), noted that the decision would create an enabling environment for businesses to thrive.
“Environmental sanitation is an integral part of societal governance; citizens should observe it without compulsion and restriction that will hinder economic activities,” Ubiji said.
Mrs. Catherine Adesuwa, a teacher, however, faulted the cancellation, saying it would take Lagos back to the era of filth. She said Lagosians were busy people and that some people needed to be restricted before they could clean their neighbourhoods.
“The restriction came because Lagos was dirty, people would not clear their refuse or drains. While it lasted, the results were great. Now that we are cancelling it, are we not going back to those filthy days,’’ she wondered?
The suit leading to the cancellation was brought before the court by a citizen, Faith Okafor (appellant) against the Lagos State Government (respondent).
The court had in its ruling also restrained the Lagos State government and its affiliates from further arresting anyone whatsoever on the basis of a purported environmental sanitation offence or trying anyone in the Special Offences Court without conforming to the dictates of the constitution.