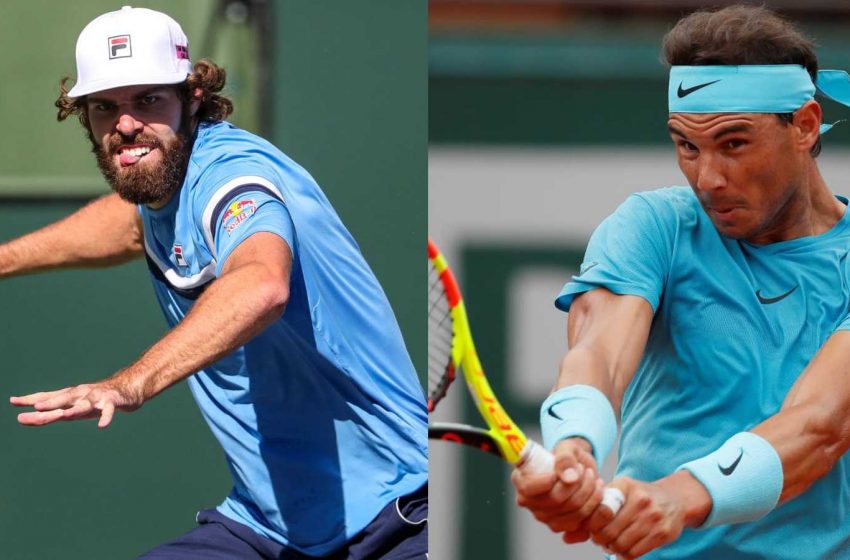 The 35-year-old Spaniard, who won a record-setting 21st Grand Slam title at the Australian Open in January and lifted the trophy in Acapulco last month, stayed on track for a fourth title in the California desert.

But he had all he could handle from the 2.11m tall American, including a raft of serves that topped the 140 mph mark and had Nadal’s back against the wall — literally.

“I manage it so-so,” he said of Opelka’s serve, which the Spaniard stood as far back in the court as possible to receive. “I don’t know if the cameras can follow me like 10 meters behind the baseline.

“At the same time it’s not enough just to put the ball in because then he has a huge forehand.

“So it’s a great victory for me against one of the toughest opponents that I can play,” said Nadal, who called it his best performance of the tournament so far.

It was a tense affair from the outset, Opelka saving the only break point of the opening set.

A patient Nadal worked the rallies in the tiebreaker and after he gained a 4-3 lead Opelka produced three straight errors to surrender the set.

Impervious on his own serve in the opening set, Nadal gave Opelka a break chance with a double fault in the fifth game of the second and the American pounced on it.

Unable to take advantage of a break point in the next game, Nadal saved three more break points in the seventh game before breaking back to knot it at 4-4.

Nadal roared ahead in the second set tiebreaker, and after Opelka saved two match points with thundering serves the Spaniard finished it off with a winner.