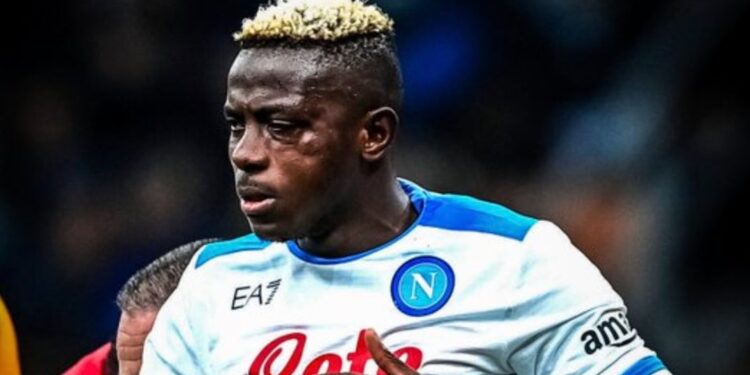 There have been talks linking Osimhen away from Italy to English Premier League side Manchester United, with Cristiano Ronaldo tipped to move to Napoli.

The Nigeria international scored a fantastic goal against Roma last weekend and is very much liked in the EPL.

“I repeat, at this moment we are not thinking about the transfer market, we are very far away. We try to grow daily, we want to see what our limit is,” Calciomercato quoted Giuntoli as saying.

“We have always made a market with our minds, both outgoing and incoming, and I think we have always managed to build a competitive team and also this year we are doing well.”

He added that there was no suggestion that Napoli wanted to sell Osimhen to an English side in January.

Other EPL sides, including Tottenham Hotspur and Chelsea, have shown interest in the 23-year-old Nigerian forward.

Osimhen was on the bench as Napoli thrashed Ajax 3-0 in the UEFA Champions League fixture to maintain their perfect record..

The Partenopei had already booked their place in the Round of 16 with a 100 per cent record, scoring 20 goals in five matches.

Osimhen has already banged four goals from seven appearances for the Azzuris in the Serie A this season.