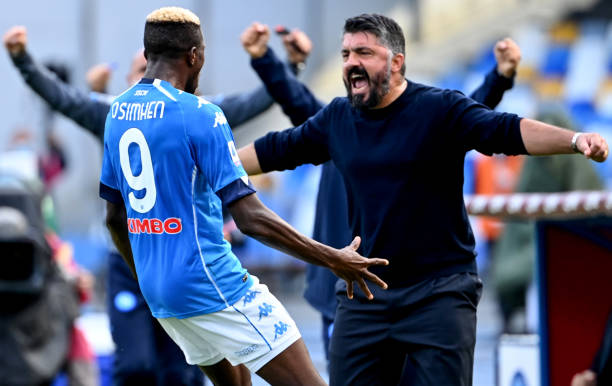 Victor Osimhen could return to action for the club before the coming Christmas break.

Osimhen sustained a shoulder injury while on international assignments for Nigeria back in November and has been sidelined since then.

He has missed all Napoli matches since that period and date for his possible return hasn’t been confirmed by the club.

However, Napoli head of medic Raffaele Canonico told Radio Goal that the 21-year-old is recovering well from the injury, and could return before the Christmas break.

“Osimhen is doing well and improving day by day.”

“I congratulate my Nigerian colleagues because their speed in the clinical intervention approach was really sudden and of a high level. For Osimhen it was a dislocation that does not require surgery.

” Every injury has a story of its own. It ranges from 30-40 days to 60-70 days for a simple dislocation. The therapy works are used to restore total functionality, to creation of a joint protection.

“The physiotherapists and the trainers are doing a job of the highest level. He is a boy of 21 years and the psychological aspect that intervenes in the response to the injury must also be understood.

Osimhen joined Napoli from Lille for €75 million back in July and he has scored two goals and recorded one assist from six league matches.