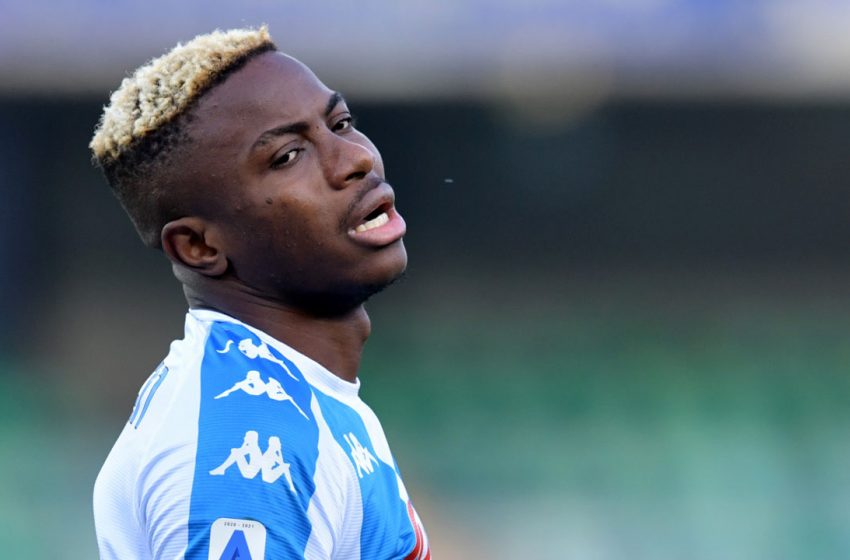 Napoli forward Victor Osimhen was hospitalised on Sunday after losing consciousness following a knock to the head in Sunday’s 4-2 defeat to Atalanta in Serie A.

The Nigeria striker has stretchered off the pitch in Bergamo after 90 minutes after hitting his head on the ground after a Cristian Romero challenge.

The 22-year-old came around as he was transported to the hospital in northern Italy where tests revealed head trauma, but were reassuring, Napoli said.“The player will remain in Bergamo until tomorrow (Monday) under clinical observation,” the team said in a statement.

Neither coach Gennaro Gattuso nor his players spoke to the media after the match which was a clash for fourth place and the Champions League berths.

The forward, who joined the club from Lille last summer, had only returned to action last month after being sidelined for over two months with a shoulder injury and coronavirus.

Despite a promising start to the season he has scored just two goals for the club.

Napoli fell to their third defeat in five league games as Atalanta warmed-up for next week’s Champions League clash with Real Madrid to move fourth in Serie A.

After a first half marked only by the red card given to Atalanta coach Gian Piero Gasperini, for arguing with the referee for a penalty after Matteo Pessina went down, the hosts dominated after the break.