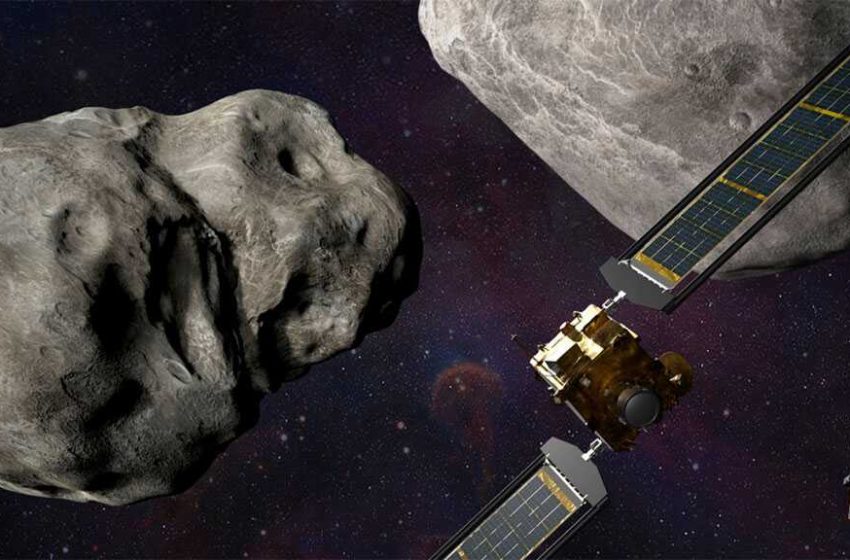 A NASA spacecraft has hit an asteroid in an unprecedented test designed to prevent potentially devastating collisions with Earth.

The US space agency livestreamed the test from the mission operations centre outside Washington, DC, showing images taken by DART’s own camera as the cube-shaped “impactor” vehicle, no bigger than a vending machine with two rectangular solar arrays, careered into Dimorphos, an asteroid about the size of a football stadium.

Cheers could be heard from engineers in the control room as second-by-second images of the target asteroid grew larger and ultimately filled the TV screen of NASA’s live webcast just before the spacecraft’s signal was lost, confirming it had crashed into Dimorphos.

“Impact confirmed for the world’s first planetary defense test mission,” said a graphic that appeared on the live stream.

The mission was devised to determine whether a spacecraft can alter the trajectory of an asteroid through sheer kinetic force, nudging it off course just enough to keep Earth out of harm’s way.

ts success will not be known until further ground-based telescope observations are completed next month.

“This is a challenging test, and this is why we’re taking these first steps now to develop this technology before we need it,” Nancy Chabot, the mission coordination lead, told Al Jazeera hours before the scheduled impact.