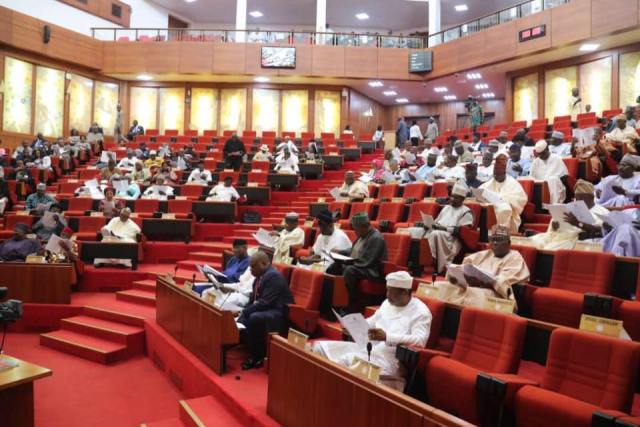 President of the Senate, Ahmad Lawan, has issued a N3 trillion annual target to Federal Government revenue generating agencies in a bid to cut down on the country’s budget deficit and borrowings.

He stated this in an address to declare open an interactive session “On the need to improve internally generated revenue of the Federal Government of Nigeria and Revenue Projections of the Agencies as Contained In the Appropriation Act 2020” in Abuja, yesterday.

“As a National Assembly, let me say that the senate particularly will be stiff on generating more and more revenue. We will be rigid, we will continue to insist, because we believe that this is one sure and guaranteed way of reducing our deficit and borrowing.”

Lawan said  the drive by the upper chamber for more revenues to the coffers of government would enhance the economy and facilitate infrastructural development in the country.

The meeting was between the senate leadership and members of the committee on finance and revenue generating agencies of government on ways  to explore means of increasing government revenues.

The senate president assured that the upper chamber would provide the needed support through legislation to ensure that revenue agencies perform to meet and surpass their targets.

“In 2022, the National Assembly assumed and rightly so, that our government owned enterprises can generate up to N3 trillion if we are of the mindset that we can achieve that, and of course, ensure that we oversight to stall any possibility of unwarranted expenditures by agencies of government.

“But that does not mean in any way that it is going to be some kind of investigation on what you do, but an encouragement of what you need to do. In this meeting and subsequent ones, there should be no holds barred on discussions. Where an agency feels it is encumbered in any way from achieving its target, it should say so, so that we are able to prescribe the right solutions for it to perform.

“This committee is modified, because the leaders of the senate believe that we can do far better and we have seen signs when last year some of the agencies performed beyond expectation. So, it is an opportunity for us to save and enhance our economy,  and of course make Nigeria achieve more infrastructural development which is the goal of this administration and every Nigerian.

“We believe that when you (revenue agencies) generate the money, we (National Assembly) appropriates it. Prudence is of essence here, when we spend our money. And when we borrow, like the National Assembly has always tried to do, we borrow to treat specific projects and programmes of government.”